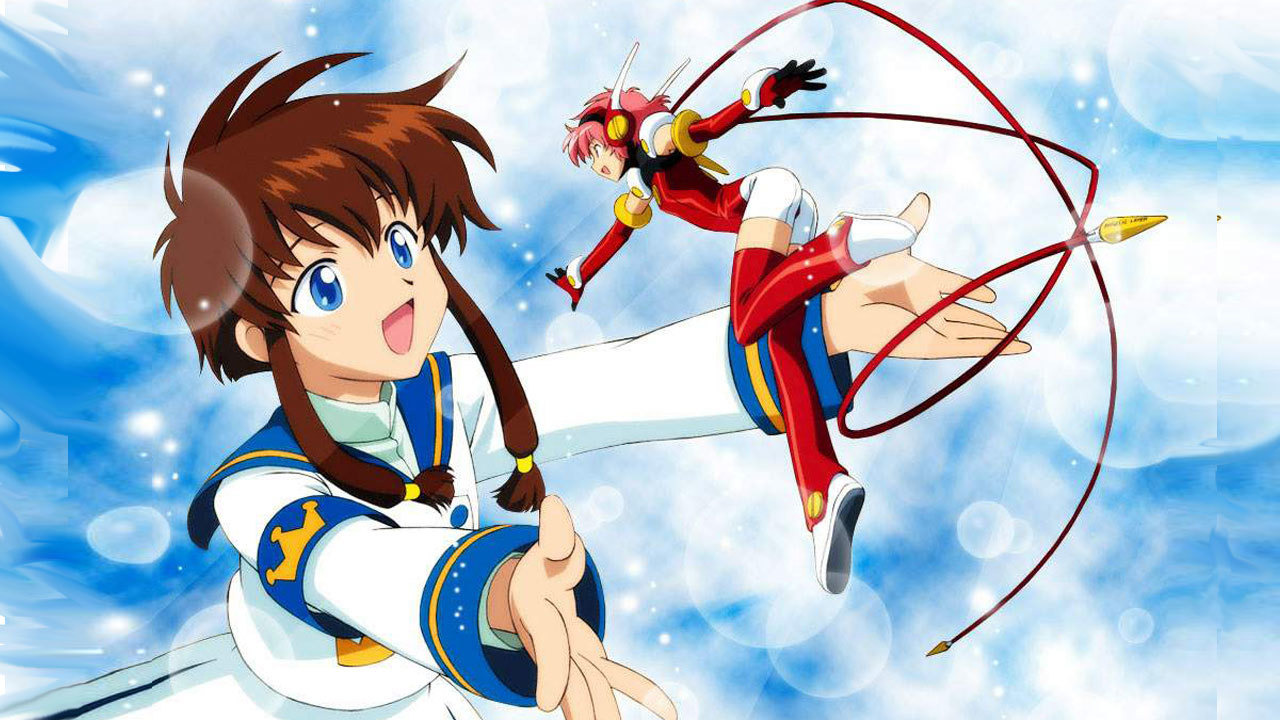 Misaki Suzuhara is a sixth grader who has just moved to Tokyo to live with her aunt. She stumbles across a merchandising phenomenon known as Angelic Layer in which a person can purchase a doll and custom design it. Once their doll is finished, they can link to it through new technology and have it move however they want, as long as its within the confines of a field known as a "layer." In these fields there are battles to see who is the best at Angelic Layer that occur at tourist traps or at special tournaments; Misaki meets a strange man known only as Icchan who gets her involved in the games. The man for some reason believes that she has high potential to become one of the greatest players of all time.

Kidou Tenshi Angelic Layer: Be My Angel
special
26
Angels Wings! Pull Me and Hikaru Together
1
25
Fateful Reunion: An Angel Soaked with Tears
1
24
Reach Out to Misaki! This Feeling is Over the Rainbow
1
23
Break Into the Magical Wall! Misaki vs Ohjirou
1
22
Suddenly Alone Together - The Secret Double Date
1
21
The Summer Sea! Someone is in Love with Someone
1
20
The Enemy is Icchan? The Stuttering Second Match
1
19
System Down? A Battle Onboard a Boat Amidst a Storm
1
18
Lots of Formidable Opponents! The Much Anticipated National Tournament
1
17
I Choose You! Misaki's Chosen Person
1
16
The Final Match! Hikaru's Last Attack
1
15
Shirahime vs Suzuka! The Ice Machine's Secret
1
14
Never Give Up! And Then an Angel Was Born
1
13
The Pure White Buranshe - Kaede's Smile
1
12
Misaki and Kotaru - The Two's Exciting Date
1
11
The Match! Hikaru and Mao's Real Fight
1
10
The Mean Sisters! And the Targeted Hikaru
1
9
Sing Misaki! The Deus is an Idol
1
8
Misaki vs Misaki? The Dangerous Classmate
1
7
Fight to the Limit... Misaki's Last Chance
1
6
The Light-Speed Suzuka! Hotoko's Declaration of Rivalry
1
5
I Don't Want to Lose! I'm Believing in Hikaru
1
4
The Day the Angel Flew Down
1
3
Who Are You? Misaki's Nervous Lesson
1
2
Do Your Best, Hikaru! It's Your First Fight
1
1
How Do You Do? My Very Own Angel
1
Ads