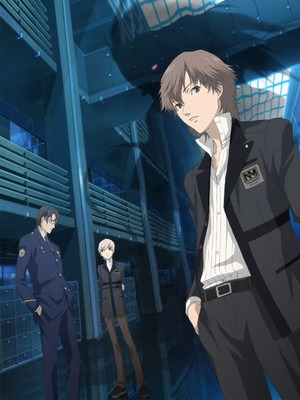 Persona -trinity soul- takes place ten years after the end of Persona 3. It is set in Ayanagi City, a city located near the Sea of Japan, and its police force begins to investigate several cases involving a mysterious illness called the Apathy Syndrome. In the midst of the crisis, two brothers named Shin and Jun Kanzato move back to Ayanagi to see their elder brother Ryō, who is now the Superintendent of the Ayanagi City Police. It has been ten years since the three siblings last met with each other.

26
Surfacing Future
2
25
Reason for Losing
24
Wedge of Atonement
23
Embracing the Bonds
22
Object Calling the Holy Spirit
21
Remaining Time
20
Memories Taught Me
19
Returnee
18
Sinking Dream
17
Winds of Home
16
Unleashed Child and Healing Holy Spirit
15
The Person Closing Tomorrow
14
Interval of Fluctuation
13
Snow Field Weltered in Blood
12
Savior
11
Definition of Dependence
10
Shadow Smiles at Nightfall
9
Call from the Sea
8
Under the Camphor Tree
7
The Other Person Known as 'Me'
6
The Day the Chief Disappeared
1
5
Forced Union
4
Feather of the Whale
3
Rare Personality
2
Shadow Extraction
1
Special A Latency
Persona 2: Another Self
special
Ads