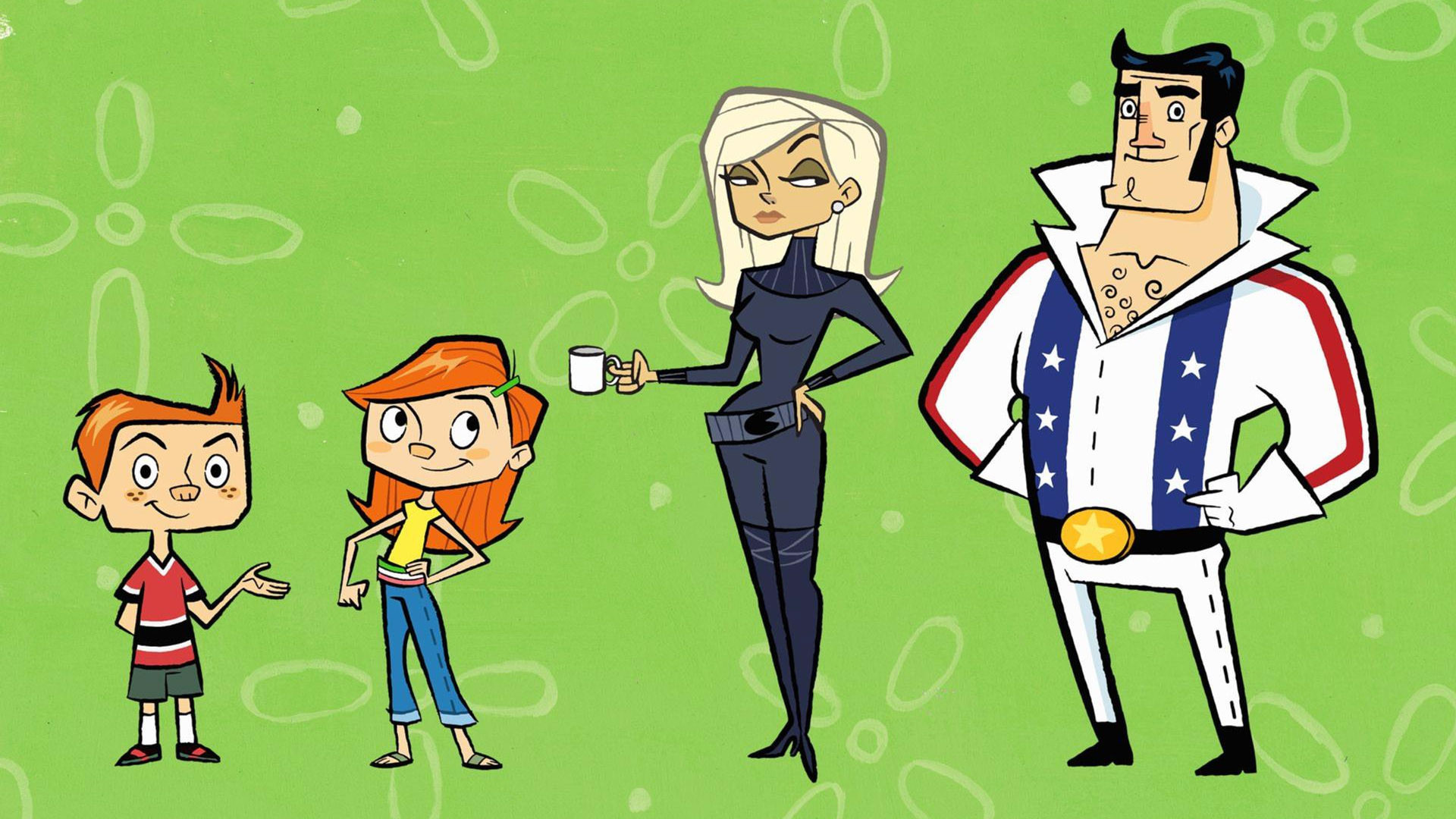 The Replacements is an animated series that aired on Toon Disney from 2006-2009.

Two orphans, Riley and Todd, have live their entire lives in an orphanage. While doing chores, they stumble across a comic book which lets them order a Fleemco phone (This special phone allows them to replace any person or animal they desire) and in the process they got new parents: a female British secret agent named Agent K and a professional daredevil named Dick Daring.