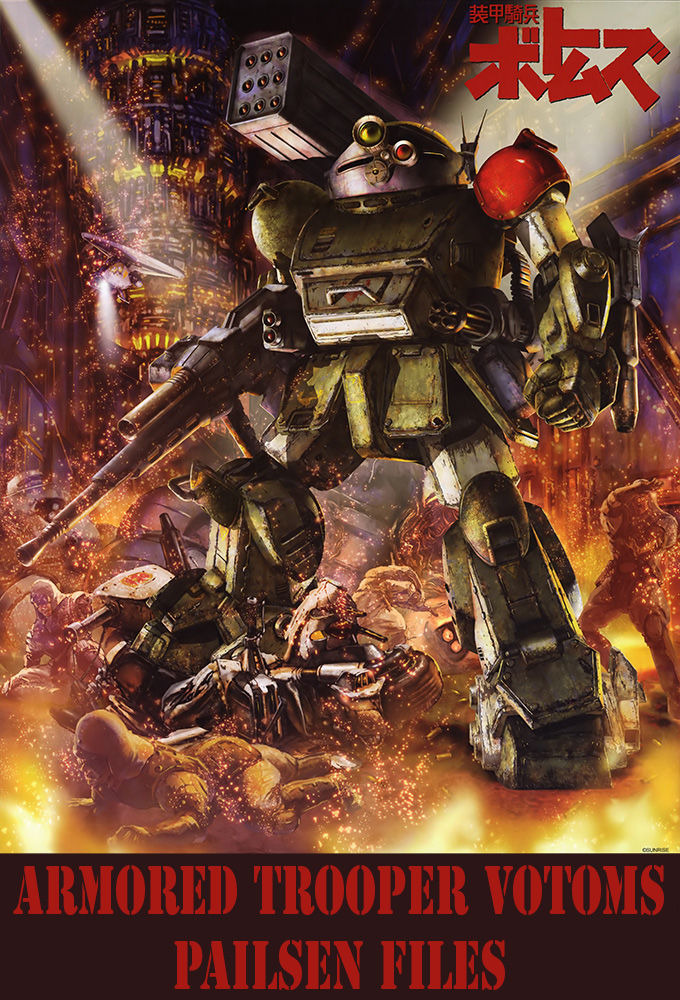 The series followed a main character named Chirico Cuvie (Kiriko Kyuubi), a former special forces Armored Trooper pilot and former member of the Red Shoulder Battalion, an elite mecha force used by the Gilgamesh Confederation in its war against the Balarant Union—both interstellar nations within the distant Astragius Galaxy. Gilgamesh and Balarant had until recently been locked in a century-old galactic war whose cause was long ago forgotten. Now, the war is ending and an uneasy truce has settled. Chirico Cuvie is suddenly transferred to a unit engaged in a suspicious mission, unaware that he is aiding to steal secrets from what appears to be his own side. Chirico is betrayed and left behind to die, but he survives, is arrested by the Gilgamesh military as a traitor, and tortured for information on their homeworld. He escapes—triggering a pursuit extending across the entire series