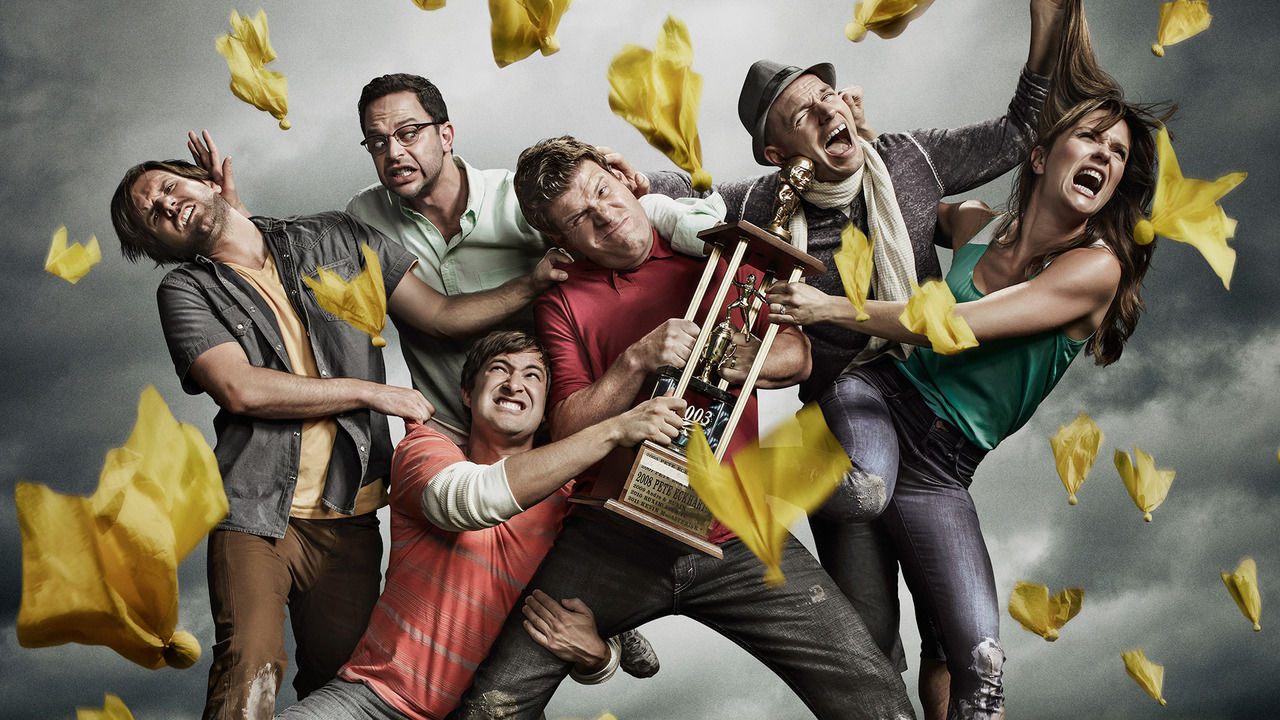 The League follows Kevin, a happily married father and commissioner of the fantasy football league; Jenny, Kevin's wife and his better half - especially when it comes to fantasy football; Pete, the perennial league champ who is struggling to become an adult; Taco, Kevin's little brother, a part-time musician and full-time stoner with little interest in fantasy other than hanging with his buddies; Ruxin, who believes he is the smartest of the group but can't figure out how exactly the other guys are screwing him over; and Andre, the punching bag of the group since their high school days - a fact that hasn't changed despite the fact he is now a successful plastic surgeon.

13
The 8 Defensive Points of Hanukkah
2
12
Baby Geoffrey Jesus
1
11
The Credit Card Alert
10
The Near Death Flex-perience
1
9
The Automatic Faucet
8
Flowers for Taco
2
7
The Bringer Show
6
Heavy Petting
1
5
The Bye Week
1
4
Rafi and Dirty Randy
5
3
Chalupa vs. The Cutlet
2
The Von Nowzick Wedding
1
The Bachelor Draft
2