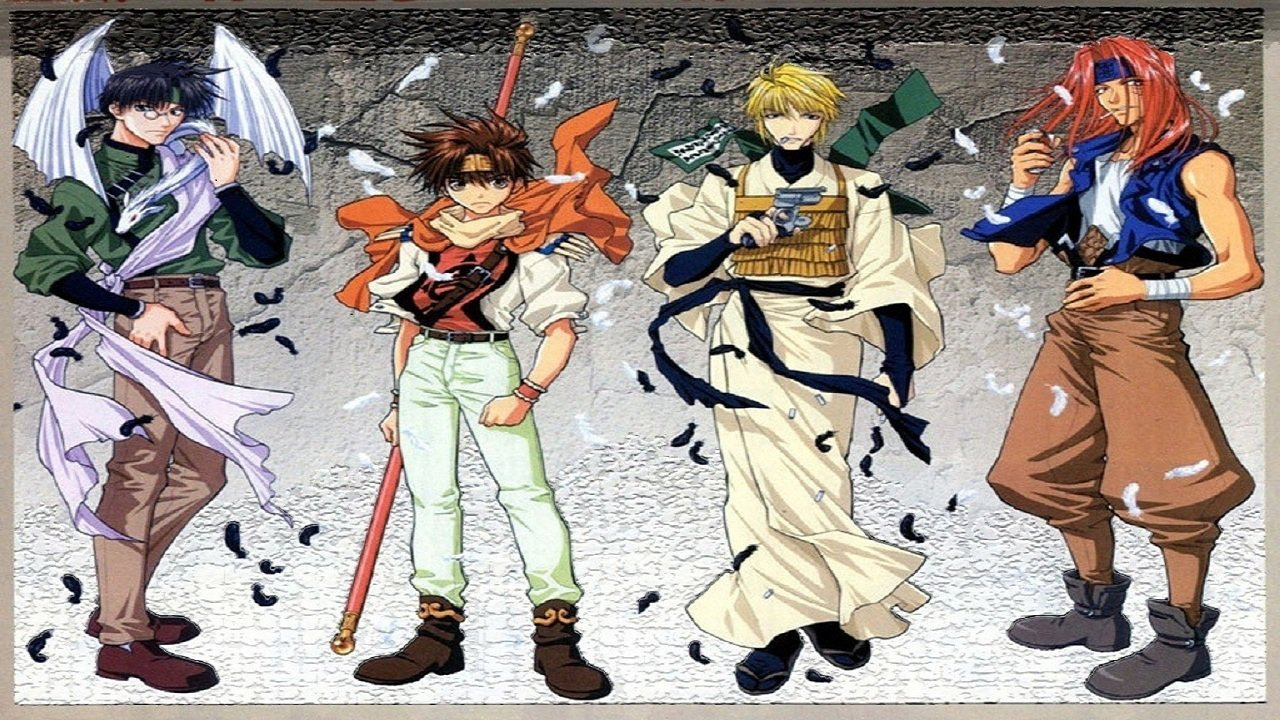 The story preludes the chaos that begins in Togenkyo which is the holy land where humans and demons used to live together peacefully and got along well. However after the attempt of someone to use the art of chemical and magic together from the ancient scripture to return life to Gyumao, the super demon, one of the five gods who rule the heaven. Genjo Sanzo, a sanzoboshi which is the highest rank of the monk, is called to Shayou Choan Palace. He is assigned to go to the west land where the chaos begins to find out who is behind all the turmoil that is rising and to stop its process. Son Goku, Sha Gojyo, and Cho Hakkai are assigned to join him. Sanzo didn't agree to take them along at first because the three are demons, although each of them has part of human that sustains their sanity.