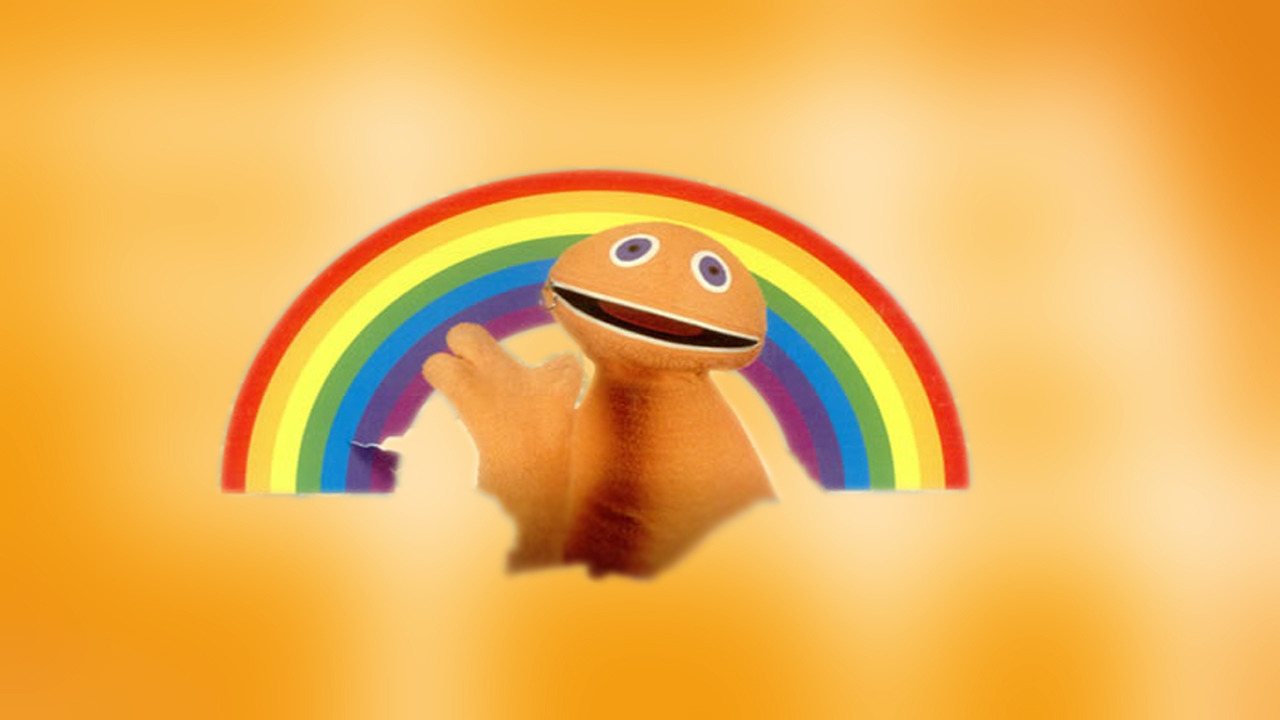 Rainbow is a British children's television series, created by Pamela Lonsdale, which ran between five times weekly, twice weekly and once weekly at 12:10 on Tuesdays and Fridays on the ITV network, from 1 September 1972 to 31 December 1992. After more than 1000 episodes, the series came to an abrupt end when Thames Television lost its ITV franchise at the end of 1992. Since then, it has gained cult status and continues to get frequent mentions on radio and television.

Ignore episode
1
At the End of the Rainbow