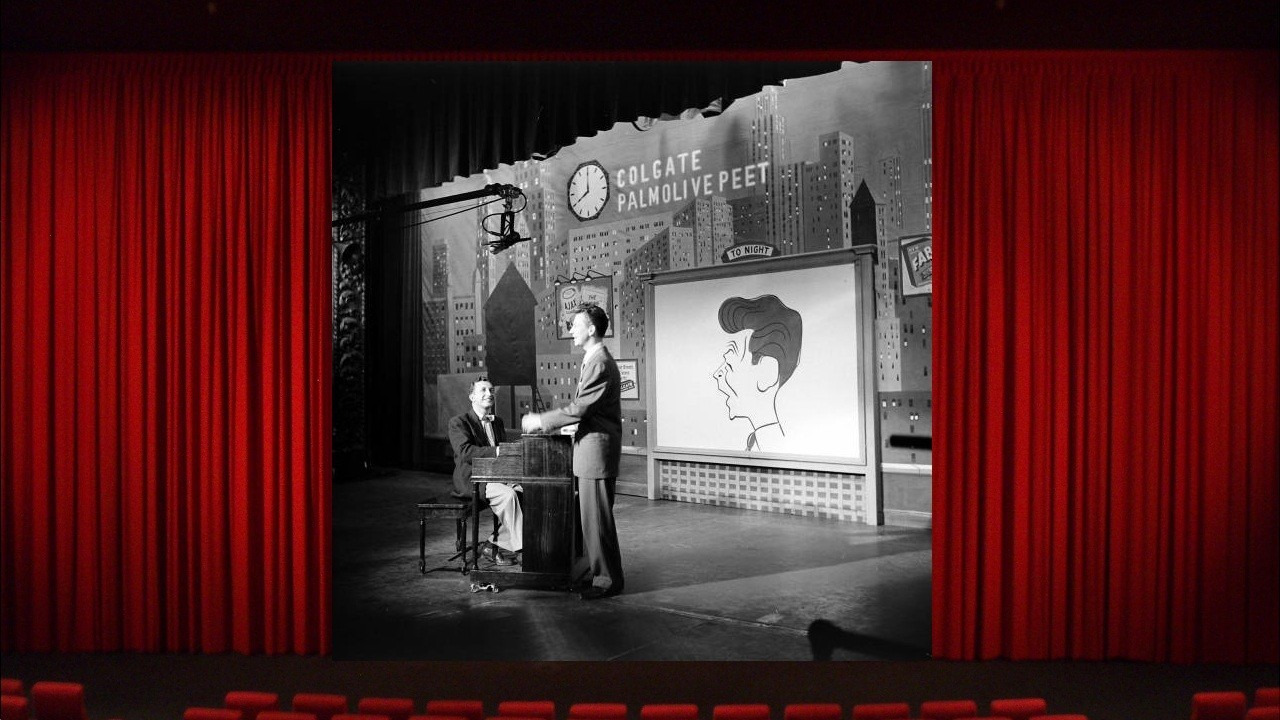 The Colgate Comedy Hour was an American comedy-musical variety series that aired live on NBC from 1950 to 1955. The show used notable comedians and entertainers of the era as guest hosts and was scheduled against Ed Sullivan's Toast of the Town on CBS. Broadcast live Sunday evenings, the series featured many top names in vaudeville, theater, radio and film, and as well was the first starring vehicle for many performers turning to television. The Colgate Comedy Hour, a true variety show, offered music, burlesque, opera and night club comedy segments.