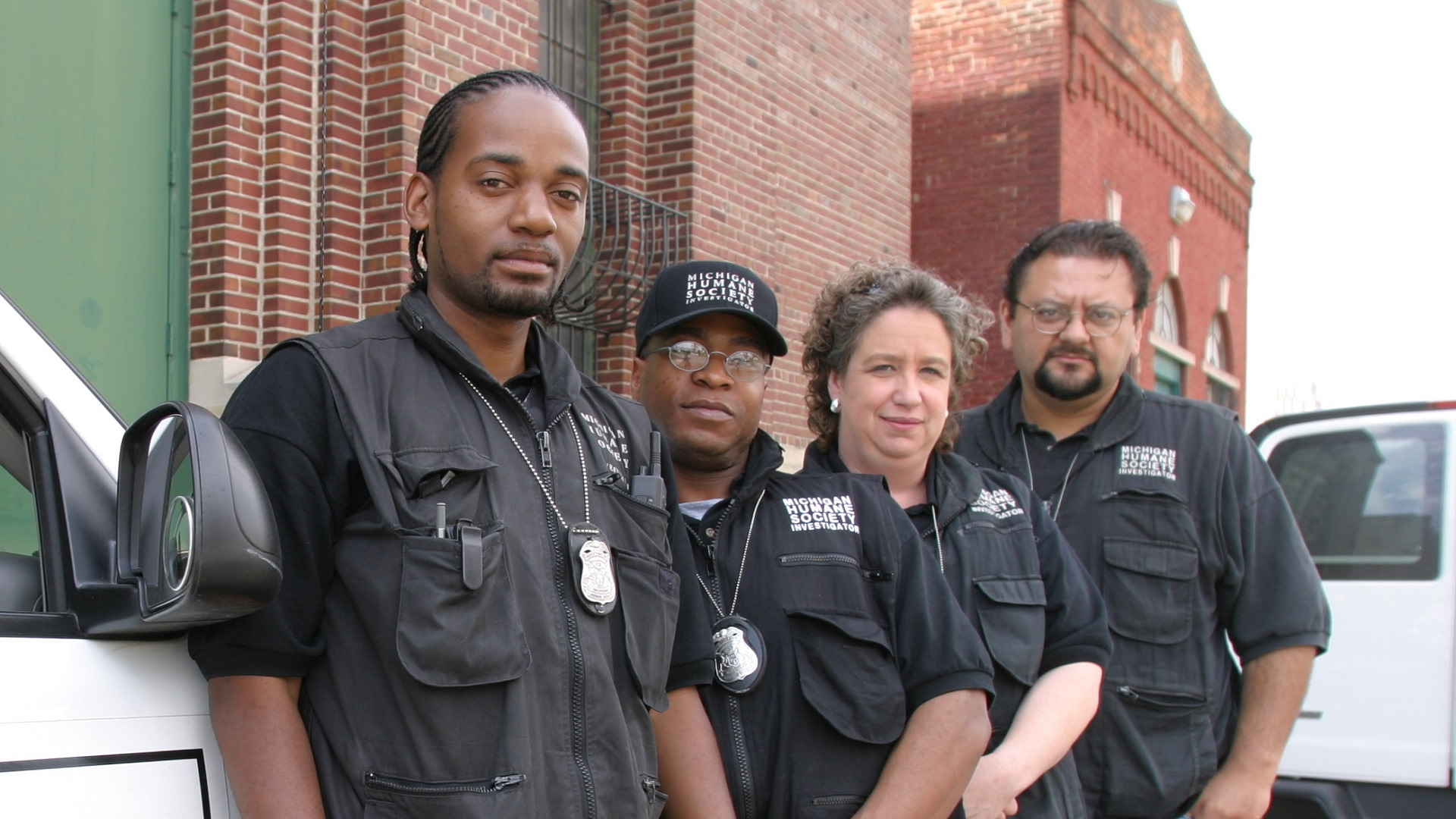 In the southeastern corner of Michigan beats the industrial heart of America's "Motor City" — Detroit. And on the outskirts of town is the headquarters of the city's primary animal welfare agency, run by the nonprofit Michigan Humane Society (MHS).

Animal Cops: Detroit follows the MHS's animal cruelty investigators as they track down animal abusers and bring them to justice.

Introducing an exceptional team of investigators and dozens of astonishing cases, Animal Cops transports viewers to the heart of Detroit — a city where animal crimes revolve around dog-fighting, pets exposed to the elements and animal neglect.

Michigan Humane Society investigators in the Detroit area respond to more than 4,000 animal cruelty incidents a year and Animal Cops has unprecedented access to each story, as well as follow-ups on the fate of the perpetrators and their animal victims.