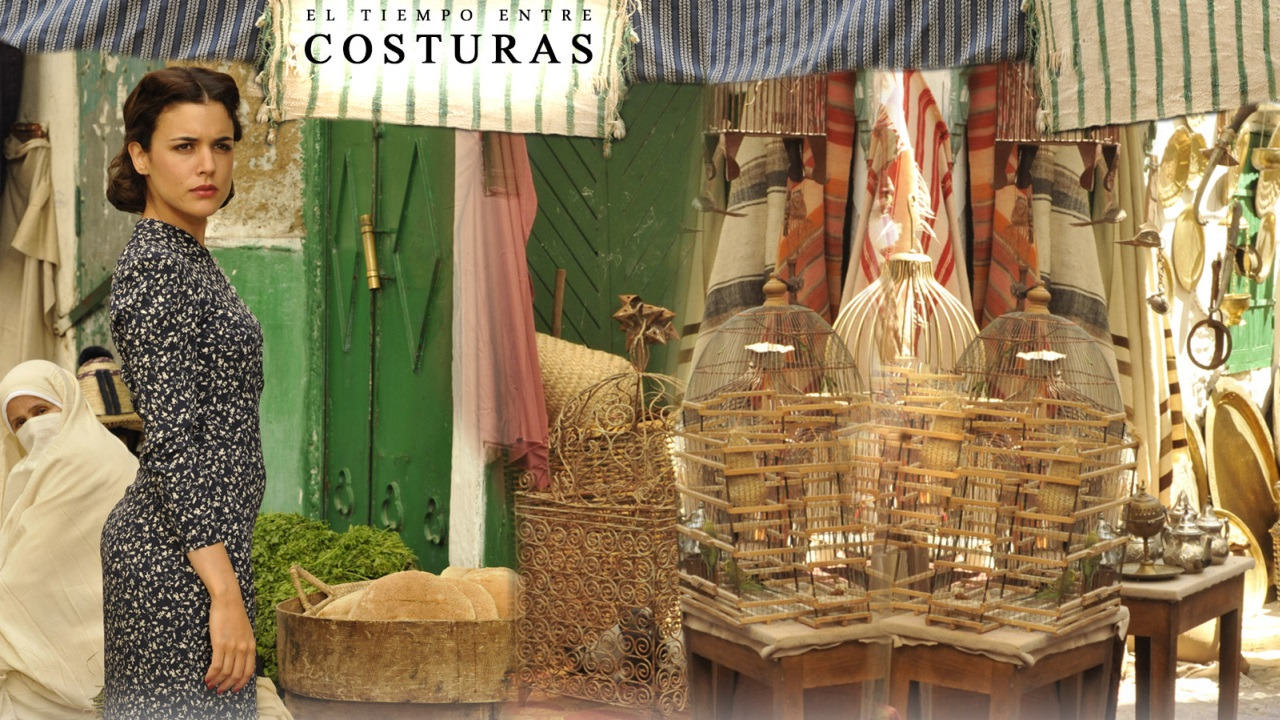 El tiempo entre costuras (The Time Between Seams) is a Spanish period drama television series produced by Boomerang TV for Antena 3. It is an adaptation of the same-titled novel by María Dueñas, published in English language under the titles The Time in Between and The Seamstress. It premiered on October 21, 2013 on Antena 3. The premiere was seen by 5.018 million people, making it the most watched premiere on Antena 3 in 12 years. The story begins in 1934. Between Youth and Adulthood… Sira Quiroga is a young seamstress from a traditional neighbourhood of Madrid who works with her mother Dolores in the haute couture workshop of Doña Manuela. At age twelve, Sira sweeps the atelier floors where her single mother works as a seamstress. At fourteen, she quietly begins her own apprenticeship. By her early twenties she has learned the ropes of the business and is engaged to a modest government clerk. But everything changes when two men burst unexpectedly into her neatly mapped-out life: an attractive salesman and the father she never knew.