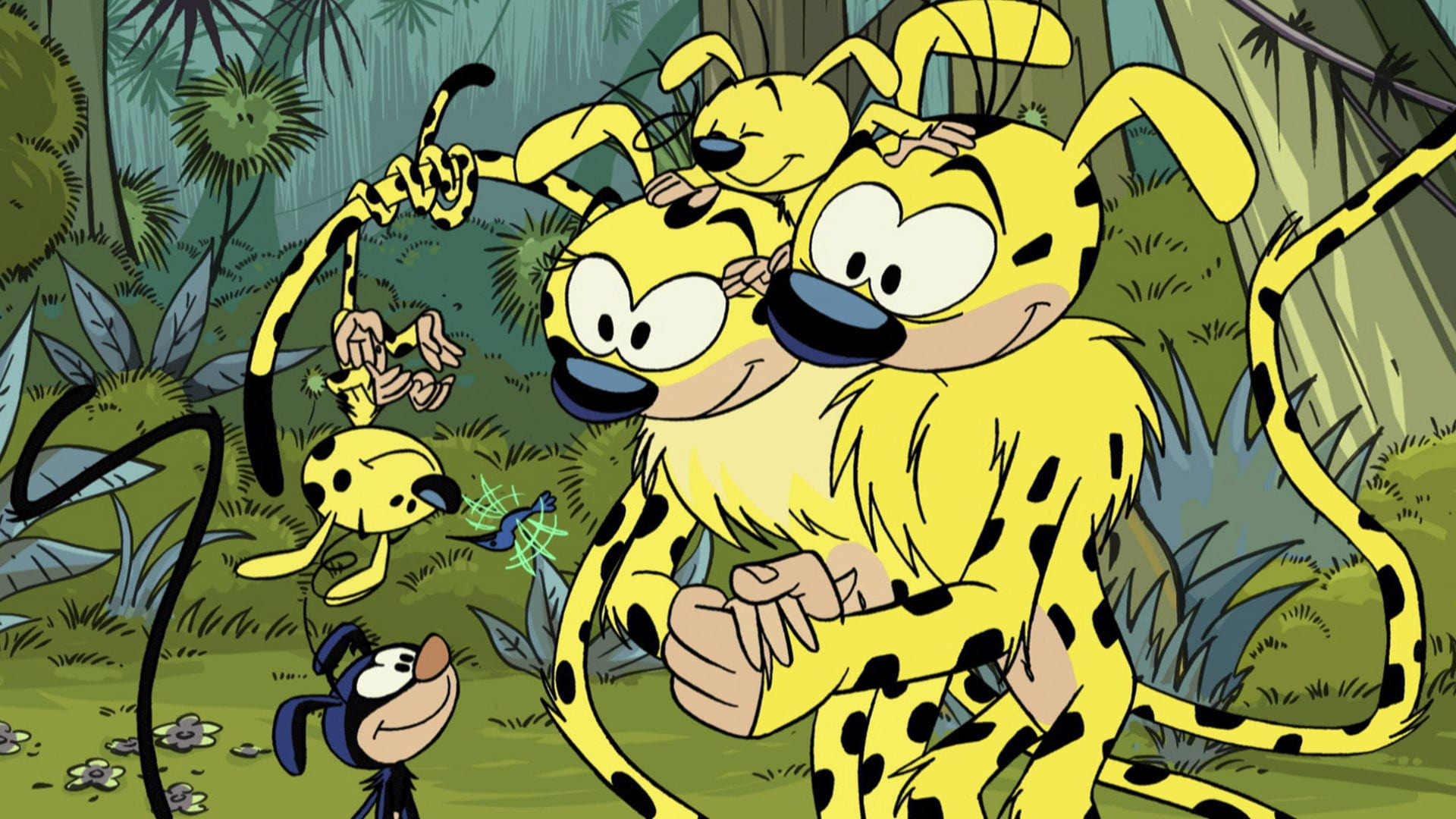 Disney's version of Marsupilami first appeared on television in Raw Toonage in 1992, and was then spun off into his own eponymous show on the NBC network. Marsupilami is a fast talking marsupial who is like half-cheetah/half-monkey with a long tail. His supporting characters included Maurice the Gorilla, Stuie the Elephant, Eduardo the Jaguar, Norman the Poacher, and other characters. The original Marsupilami stories by Franquin never encountered a gorilla or elephant, since these species are native to Africa, while the marsupilami originates from South America. There were thirteen episodes in the series, and the series lasted one season. Reruns of the show were aired on both Disney Channel (1995-1998) and Toon Disney (1998-2009).