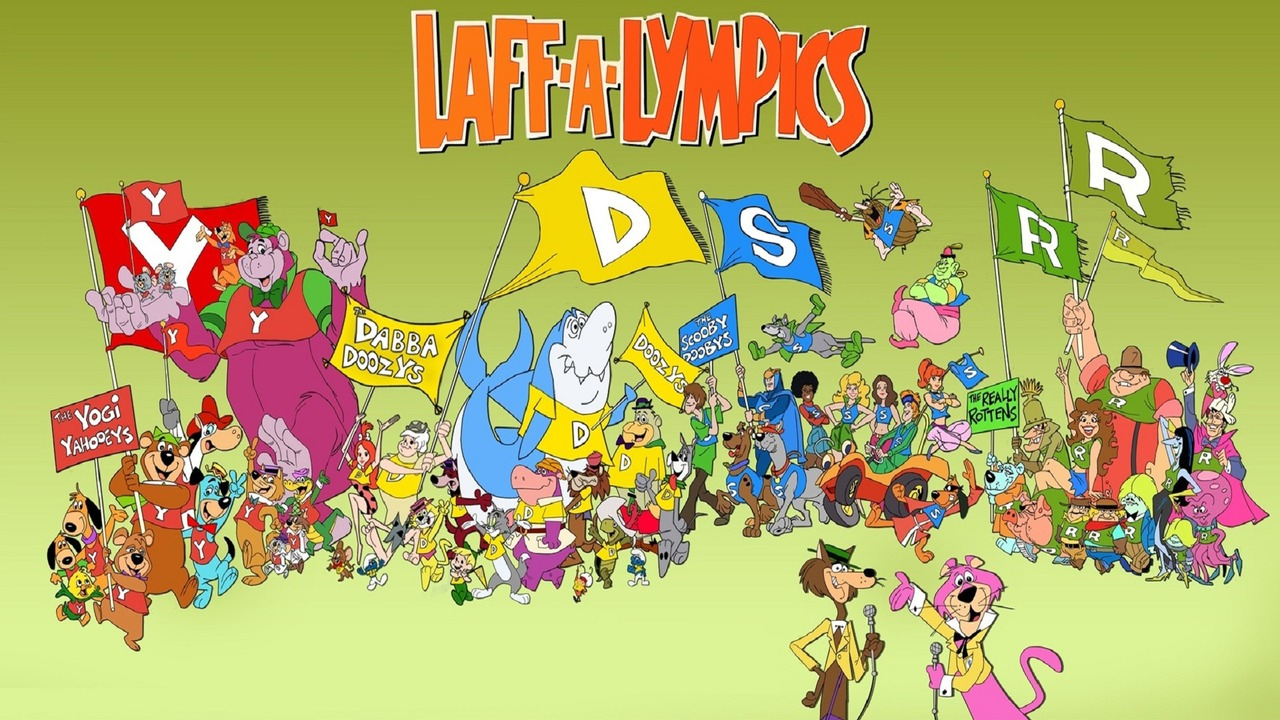 The show was a spoof of the Olympics and the ABC television series Battle of the Network Stars, which debuted one year earlier.

It featured 45 Hanna-Barbera characters organized into the teams (the Scooby Doobies, the Yogi Yahooeys, and the Really Rottens) which would compete each week for gold, silver, and bronze medals.

One season of 16 episodes was produced in 1977–78, and eight new episodes combined with reruns for the 1978–79 season as Scooby's All-Stars. Unlike most cartoon series produced by Hanna-Barbera in the 1970s,

8
Siam and the Moon
7
Canada and Warsaw, Poland
6
Morocco and Washington, D.C.
5
New Orleans and Atlantis
4
French Riviera and New Zealand
3
South America and Transylvania
2
New York and Turkey
1
Russia and the Caribbean

16
Quebec and Baghdad
15
Arizona and Holland
14
North Pole and Tahiti
13
Hawaii and Norway
12
The Grand Canyon and Ireland
11
Africa and San Francisco
10
India and Israel
9
Spain and The Himalayas
8
Egypt and Sherwood Forest
7
Italy and Kitty Hawk, North Carolina
6
Athens, Greece and the Ozarks
5
France and Australia
4
The Sahara Desert and Scotland
3
Acapulco and England
2
Florida and China
1
The Swiss Alps and Tokyo, Japan