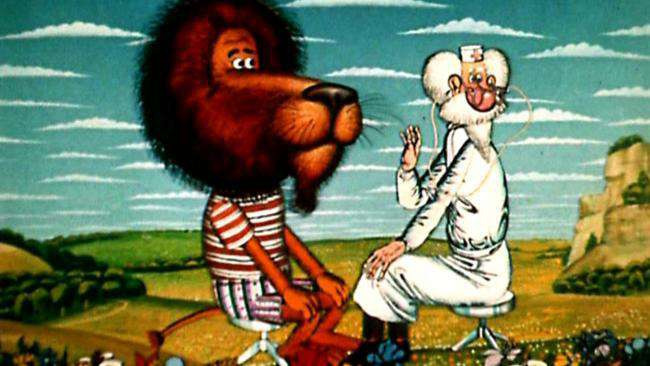 A kind doctor named Aibolit disinterestedly treats animals, regardless of their injuries - from scratches, cuts and simple bites to complicated surgical operations. The wicked robber Barmalay, whose name has long frightened children, sits in prison under the protection of the Hippopotamus. Pirate friends help their leader to escape, but the Hippopotamus sneaks into their ship and tries to find out the plans of the villains. At this time, Varvara, the quarrelsome sister of good Dr. Aibolit, leaves his brother, declaring that he hates animals whom the doctor loves and treats. Soon, by chance, she finds herself on a pirate schooner, which docks to the shores of Africa. There, the robbers arrange a tragicomic opera "Mukha-Tsokotukha" for the animals, and then they distribute poisoned food, and all the animals get sick.