Not Safe for Work 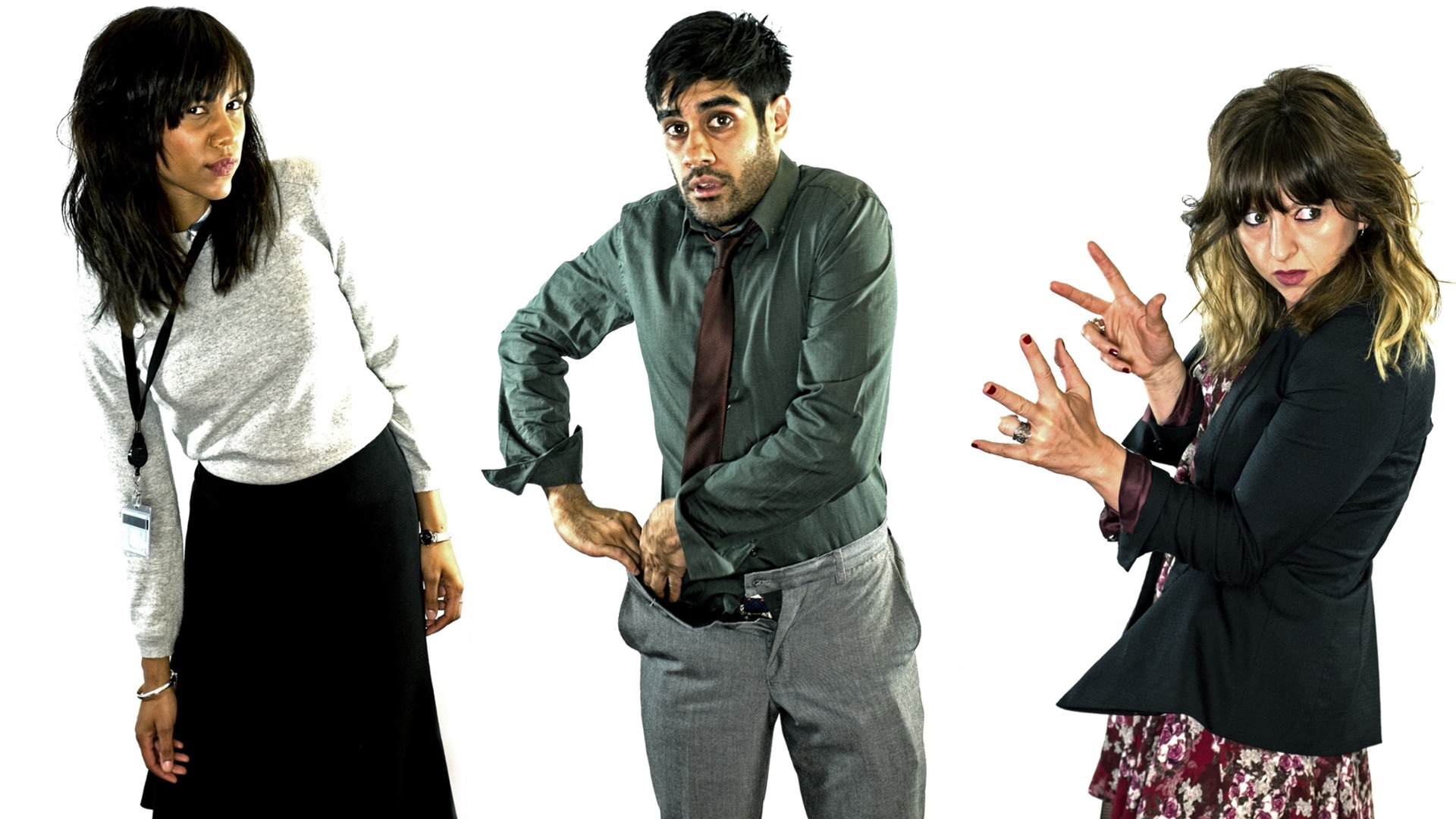 Katherine, a civil servant, is reluctantly relocated from London to Northampton as part of public sector cuts. Recently divorced and troubled by secrets in her past, her relocation may just be the last straw for her.

Things are made even more difficult for Katherine when she meets her new co-workers: Anthony, who is cited in Katherine's divorce papers, so their relationship is complicated to say the least. The perma-wasted Danny, a chancer who has somehow found himself managing Katherine's new office after he pretended to be a devout Muslim. Struggling to work around his fondness for drink and drugs, he's constantly led astray by his feisty PA, Angela, a terrible influence. Jenny, irrepressibly and irritatingly upbeat. Jenny is a ball of energy with a relentlessly sunny disposition that hides a profound vulnerability. Meanwhile Nathanial, is naïve and well meaning, trying his best to do his job, but never quite certain what his job actually involves. Shell-shocked Jeffries, head of Human Resources and responsible for Katherine and Danny's relocation. She's as surprised as everyone else to find herself on the receiving end of her own wave of cuts. Behind her stoical and affable nature, and with her own problems at home, she's as lost as everyone else..