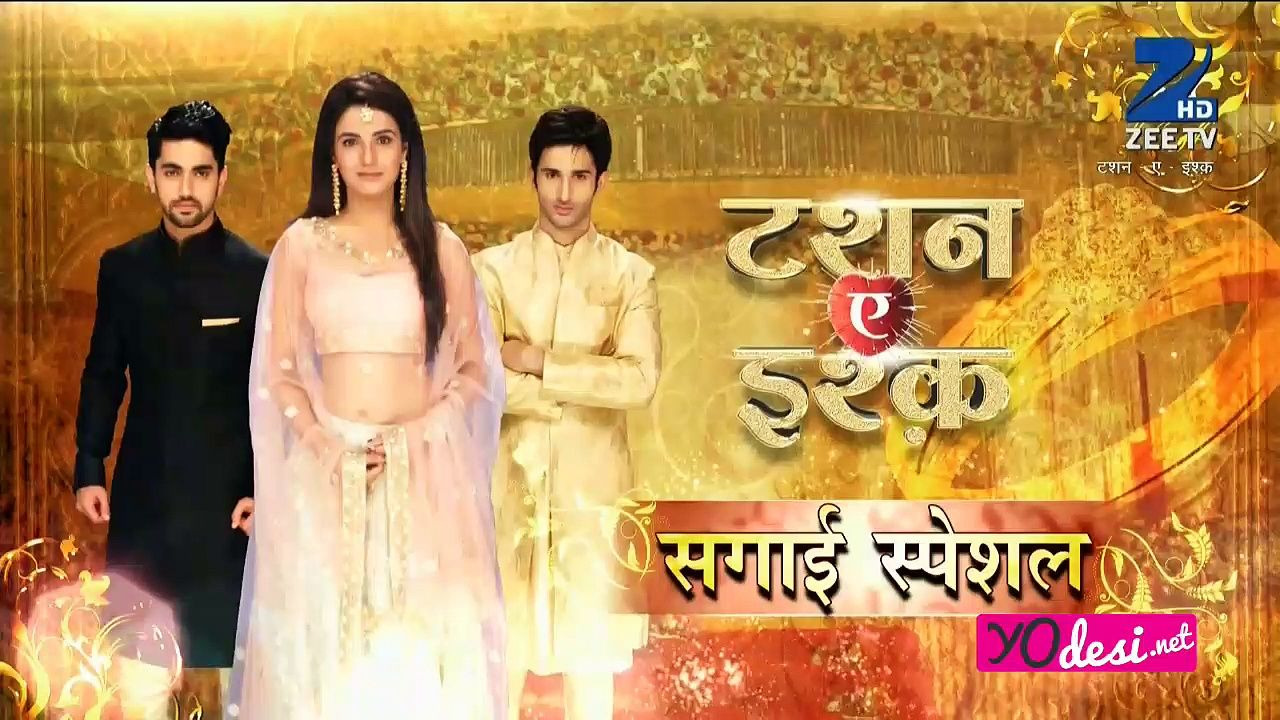 Tashan-e-Ishq is an Indian television series, which premiered on 10 August 2015 and is broadcast on Zee TV. The series airs on Monday to Friday.The series is produced by Essel Vision Productions. The show narrates the love story of Yuvraj Luthra (Zain Imam) and Twinkle Taneja (Jasmin Bhasin) , set against the backdrop of Punjab. Despite their mothers, Anita Luthra (Eva Grover) and Leela Taneja (Vaishnavi MacDonald), leading a long lasting feud between the families, the two try to cope with love.

Mika Singh has signed for a cameo as a judge of a contest.