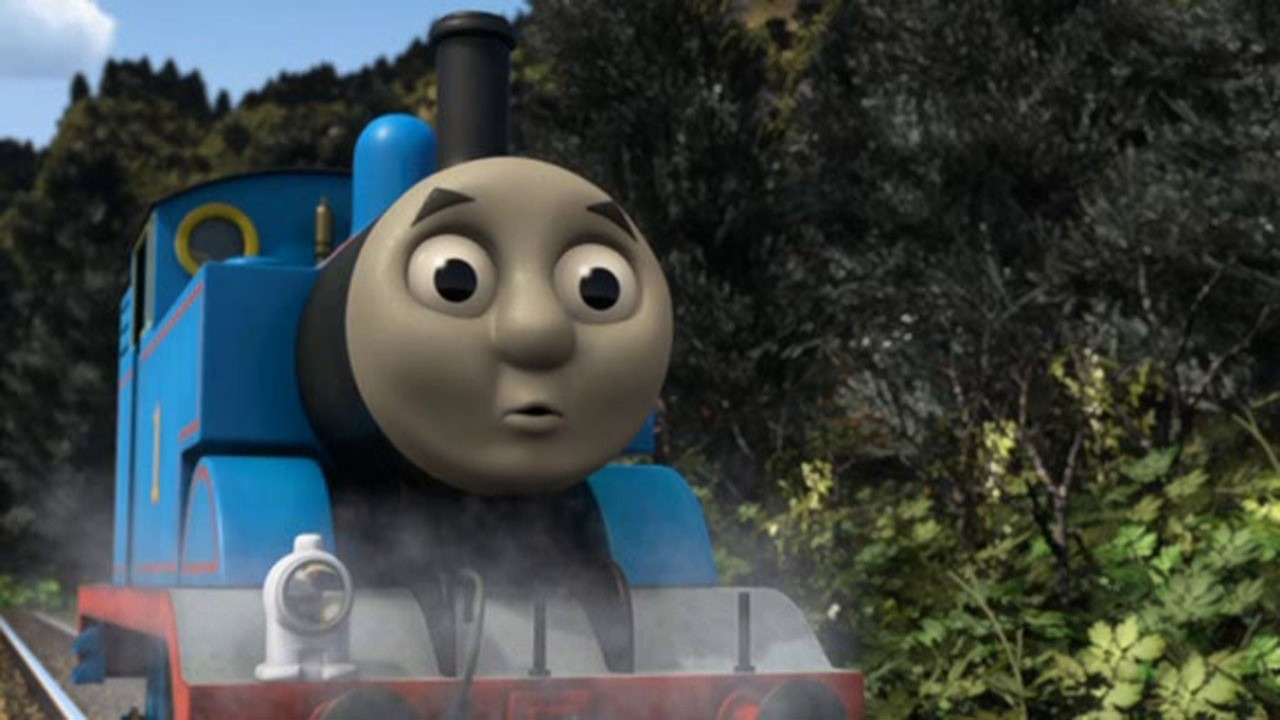 Thomas & Friends is a British children's television series, which had its first broadcast on the ITV network on 9 October 1984. It is based on The Railway Series of books by the Reverend Wilbert Awdry and his son, Christopher Awdry. These books deal with the adventures of a group of anthropomorphised locomotives and road vehicles who live on the fictional Island of Sodor. The books were based on stories Wilbert told to entertain his son, Christopher during his recovery from measles. From Series one to four, many of the stories are based on events from Awdry's personal experience.

26
Wild Water Rescue
25
Goodbye Fat Controller
24
No Help at All
23
The Other Side of the Mountain
22
Rocky Rescue
21
Thomas the Babysitter
14
Diesel's Ghostly Christmas Part 2
13
Diesel's Ghostly Christmas Part 1
20
Philip to the Rescue
19
The Little Engine Who Raced Ahead
18
Best Engine Ever
17
Reds vs. Blues
16
Two Wheels Good
15
Slow Stephen
9
Helping Hiro
8
Den and Dart
7
Salty All at Sea
6
Very Important Sheep
5
Toad and the Whale
11
The Beast of Sodor
10
Snow Place Like Home
12
A Cranky Christmas
Sodor's Legend of the Lost Treasure
special
4
Henry Spots Trouble
3
Lost Property
2
The Truth About Toby
1
Who's Geoffrey?
The Adventure Begins
special

Day of the Diesels
special
20
Fiery Flynn
19
Tree Trouble
18
Percy the Snowman
17
Wonky Whistle
16
Kevin the Steamie
15
Big Belle
14
Stuck on You
13
Stop That Bus!
12
Spencer the Grand
11
Surprise, Surprise
10
Let It Snow
9
Henry's Happy Coal
8
Up, Up and Away
7
Happy Hiro
6
James to the Rescue
5
Edward the Hero
4
Percy's New Friends
3
Emily and Dash
2
Toby and Bash
1
Gordon and Ferdinand

The Great Discovery
special
20
Best Friends
19
Push Me, Pull You
18
Percy and the Bandstand
17
Thomas Puts the Brakes On
16
The Man in the Hills
15
Gordon Takes a Shortcut
14
Don't Go Back
13
Tram Trouble
12
James Works It Out
11
Duncan & the Hot Air Balloon
10
Saved You!
9
The Party Surprise
8
Excellent Emily
7
Toby's Special Surprise
6
Heave Ho, Thomas
5
Henry Gets It Wrong
4
Mountain Marvel
3
Rosie's Funfair Special
2
Steady Eddie
1
Thomas and the Billboard