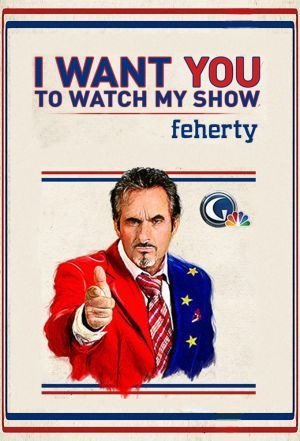 Feherty usually says whatever pops into his anecdote-filled, zany mind, a trait that has made David Feherty quite popular in his role as a golf commentator for CBS Sports. It should also come in handy in this prime-time series, with the bulk of each episode being an interview Feherty conducts with a well-known sports, entertainment or political figure. The former European and PGA tour pro, a born and bred Irishman who became a U.S. citizen in 2010, also shares unique golf stories and his ever-so-present observations on life's peculiarities.