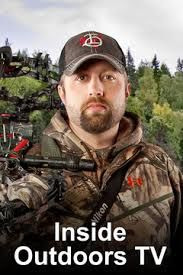 Inside Outdoors TV launched its Season 9 on Outdoor Channel in July of 2015, continuing with a unique insight and respect for "the hunt" . . . the whole hunt and living by the motto: "Inside Outdoors TV is a high quality outdoor television production with a very realistic appeal."

Inside Outdoors TV is being shot, produced and hosted by Anello Productions, Inc. The Tulsa, Oklahoma-based company, is in its 32nd-year of business and has specialized in outdoor programming/productions for most of its tinier. Having shot and produced Jimmy Houston Outdoors, Fishing with Roland Martin (in the ‘80s and current producer), Bassmasters TV (13 years), the FLW Tour, as well as hundreds of outdoor commercials, product features and promotional videos, the company is one of the longest running production companies in the outdoor industry.

Tim Anello, Co-host of Inside Outdoors TV, has taken on the role of Vice President and Chief Editor of the 3 decade old company. Dave Poteat was hired on as an Account Executive and Producer in 2004 and inspired the company to take on its next challenging production…a national hunting show. Inside Outdoors TV went into production in October 2005 and made its national debut in January 2007!