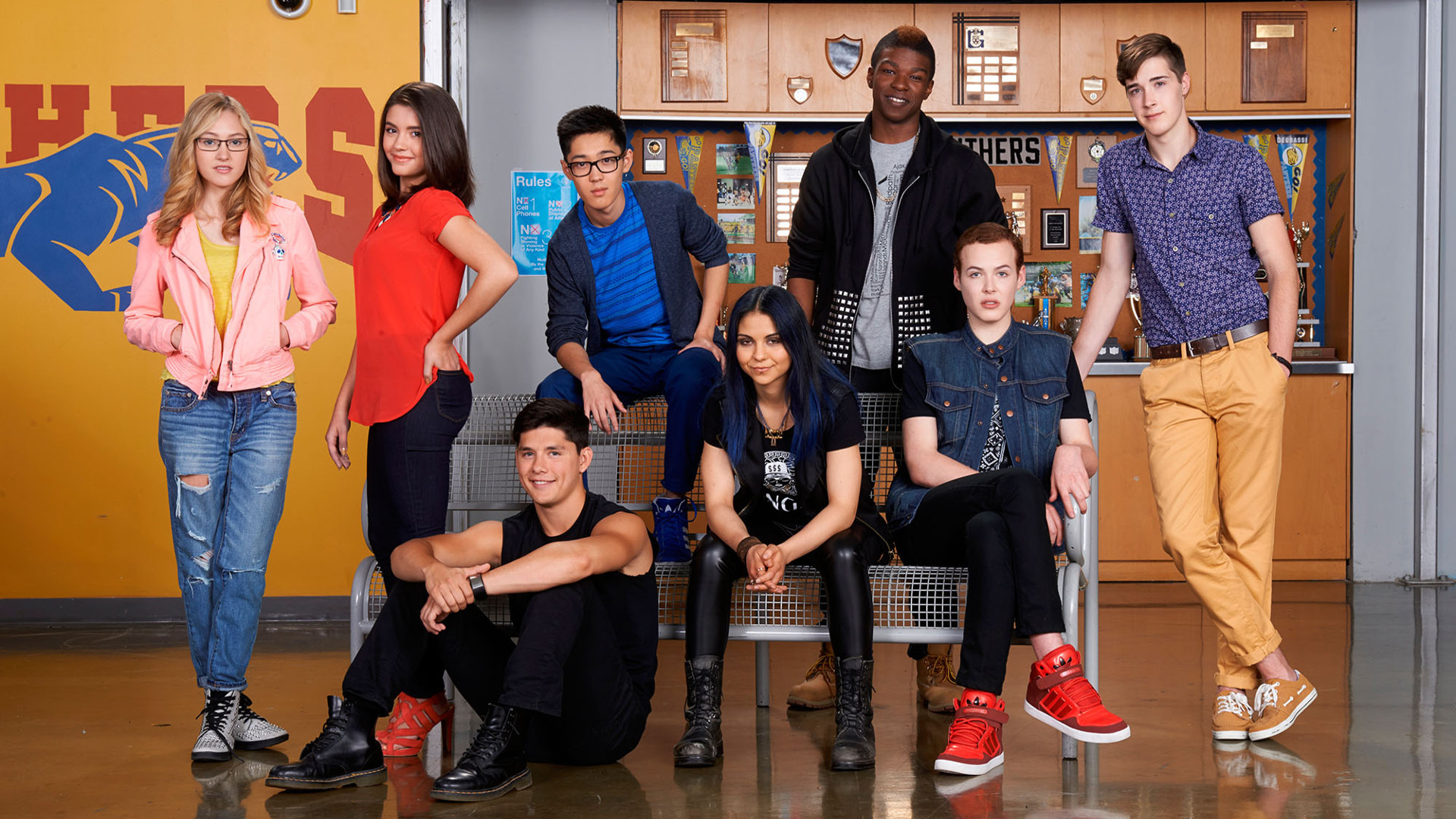 Degrassi's next generation of high-tech newbies and returning students navigates real-world high school drama. If you're a teen, this is your life.

Degrassi: Next Class is a Canadian teen drama television series set in the Degrassi universe, which was created by Linda Schuyler and Kit Hood in 1979. It is the fifth series in the Degrassi franchise, following The Kids of Degrassi Street, Degrassi Junior High, Degrassi High, and Degrassi: The Next Generation. "Next Class" is a direct sequel series to "Degrassi: The Next Generation" and is being considered the second incarnation of it. Like its predecessors, the series follows an ensemble cast of students at Degrassi Community School who face various challenges often seen as taboo such as sex, teen pregnancy, date rape, drug abuse, self image, homosexuality, self-injury, suicide, abortion, domestic violence, death, racism and many other issues.