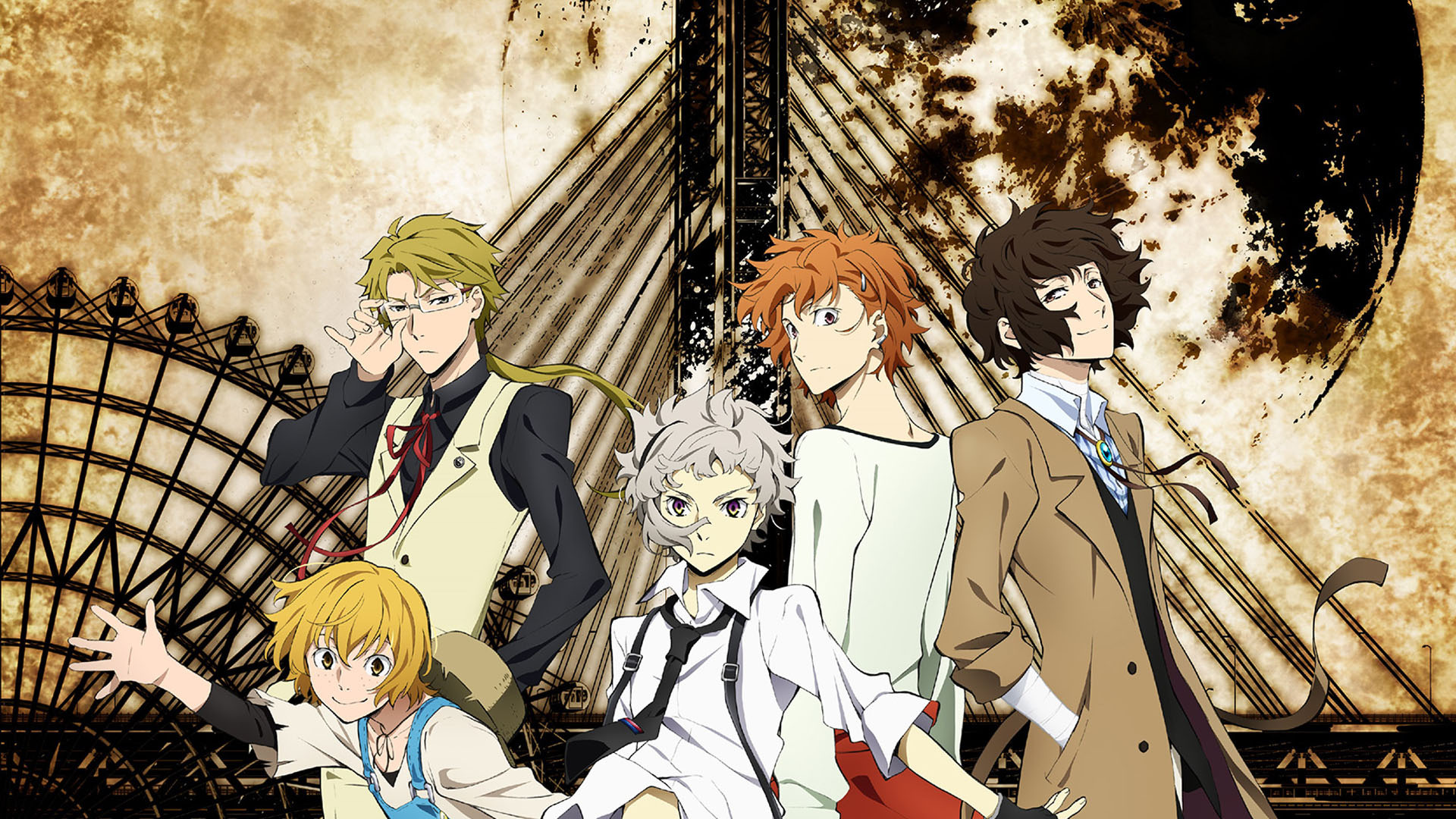 Nakajima Atsushi was kicked out of his orphanage, and now he has no place to go and no food. While he is standing by a river, on the brink of starvation, he rescues a man whimsically attempting suicide. That man is Dazai Osamu, and he and his partner Kunikida are members of a very special detective agency. They have supernatural powers and deal with cases that are too dangerous for the police or the military. They're tracking down a tiger that has appeared in the area recently, around the time Atsushi came to the area. The tiger seems to have a connection to Atsushi, and by the time the case is solved, it is clear that Atsushi's future will involve much more of Dazai and the rest of the detectives!

Season 1 starting in April 2016 and season 2 is scheduled for October 2016, with an episode order of 12 episodes for each season.

12
Borne Back Ceaselessly into the Past
33
11
First, an Unsuitable Profession for Her / Second, an Ecstatic Detective Agency
21
10
Rashomon and the Tiger
13
9
The Beauty Is Quiet Like a Stone Statue
20
8
Teaching Them to Kill, Then to Die
22
7
Love for the Disease Called Ideals
22
6
The Azure Messenger
14
5
Murder on D Street
27
4
The Tragedy of the Fatalist
15
3
Yokohama Gangster Paradise
26
2
A Certain Bomb
15
1
Fortune Is Unpredictable and Mutable
36