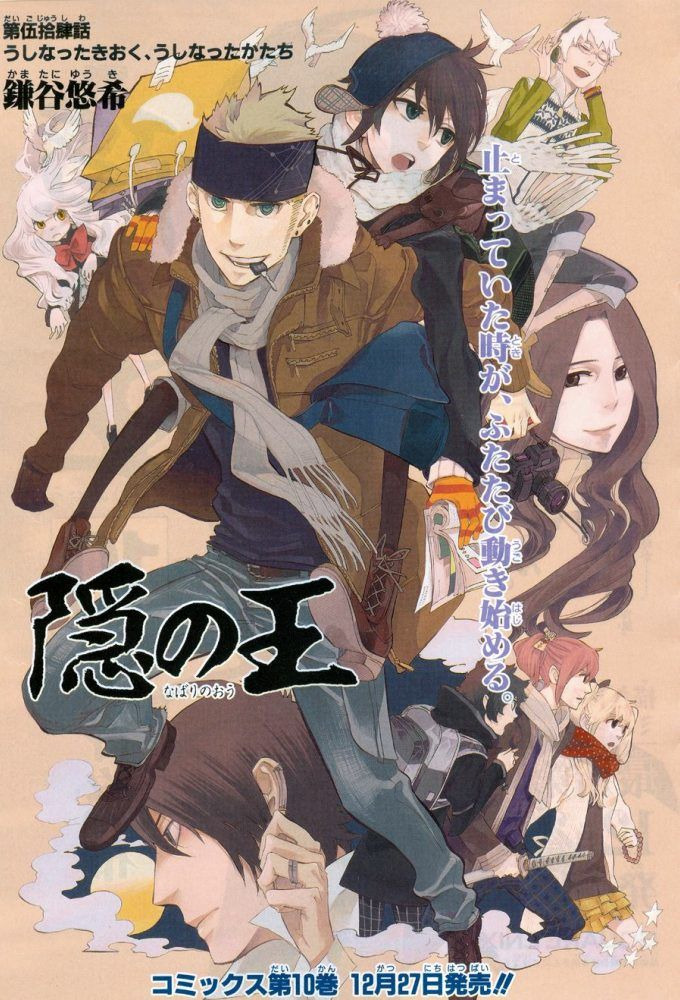 Rokujou Miharu is a boy who has a hijustu (hidden technique) living inside of him. This hijustu is the power of creation. Many ninja clans are seeking it as the one who posesses it becomes the ruler of the ninja world. Rokujou's classmate Kouichi started a nindou ("Way of the Ninja") club at school with Kumohira, his English teacher. Both Kouichi and Kumohira are secretly ninjas. They tried to persuade Rokujou to join the ninjustu club. At first, he was reluctant, but after being attacked by group of ninjas trying to get his hijutsu, he joins. He must become the Ruler of Nabari in order to survive.

26
Spinning Hearts
25
Two
24
Engetsurin
23
Activation
22
Chaos
21
Ambition
20
Towards Togakushi
19
Profile of an Angel of Death
18
The Voice That Calls Out
17
The Moment of Collapse
16
Visitor From Afar
15
Morning Parting
14
End of Night
13
The Schoolhouse That Never Sleeps
12
Determination
11
Curtain Call
10
Polka. Raimei and Raikou
9
Prelude
8
A Mind Passed Along
7
A Mind Made Up
6
Choices
5
Greed
4
Duty Declared
3
Surprise Attack
2
Raimei Arrives
1
The Awakened One
1
Ads