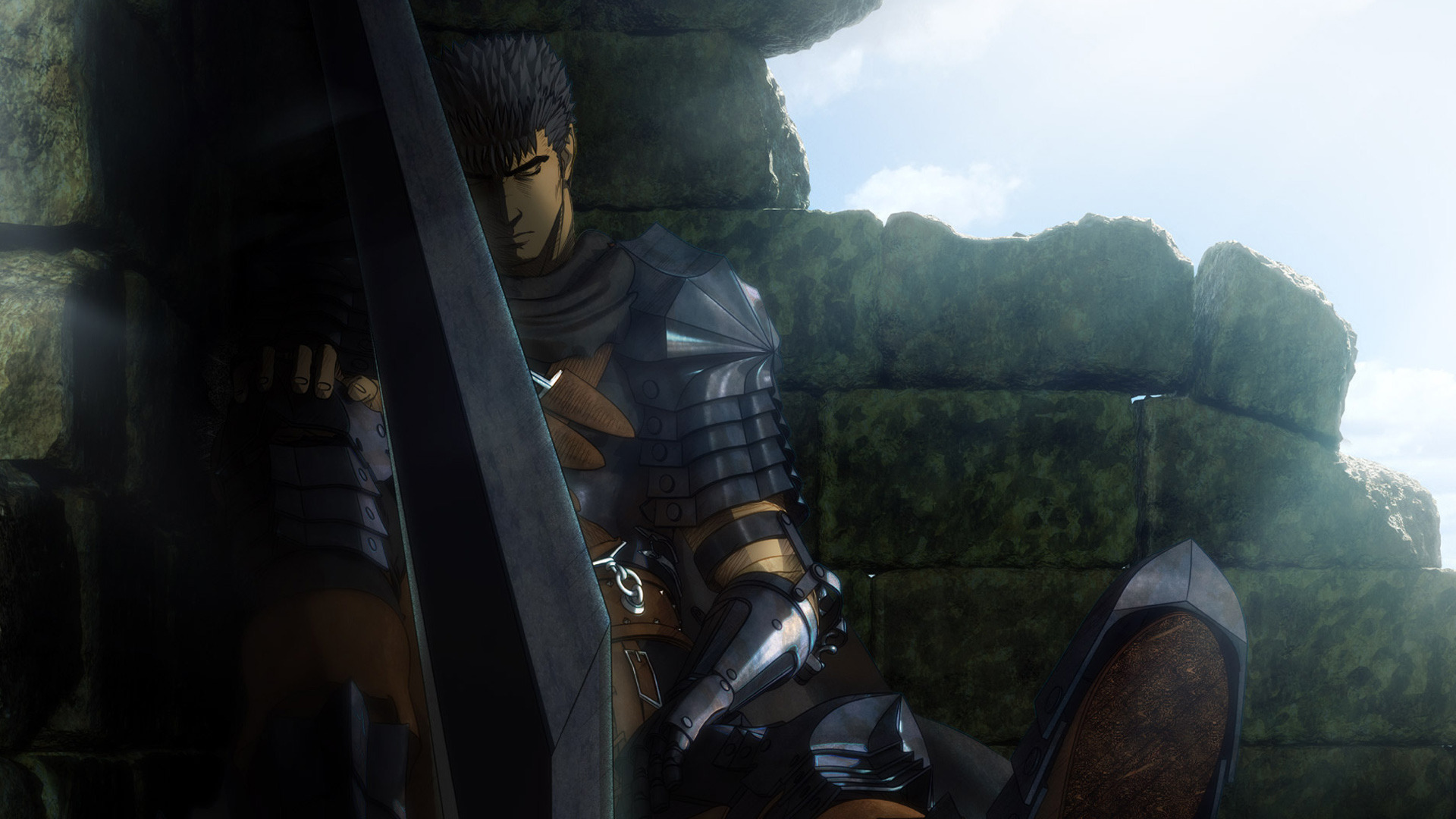 In this world, is the destiny of mankind controlled by some transcendental entity or law? Is it like the hand of God hovering above? At least it is true and man has no control, even over his own will. In medieval times war raged throughout the countryside. Feudal lords would give large sums of money to mercenaries who could rid them of their enemies. One such mercenary is Guts. He wields a sword almost larger than he is and holds tremendous strength and courage. When he joins a band of mercenaries known as the Band of the Hawk, he finds a purpose to fight for other than money and helps the Hawks to become the most feared enemy on the battlefield. This anime is adapted from the manga of the same name created by Kentaro Miura. Warning: This show is not suitable for persons under the age of 18 due to extreme violence, gore, nudity, course language and mature content.