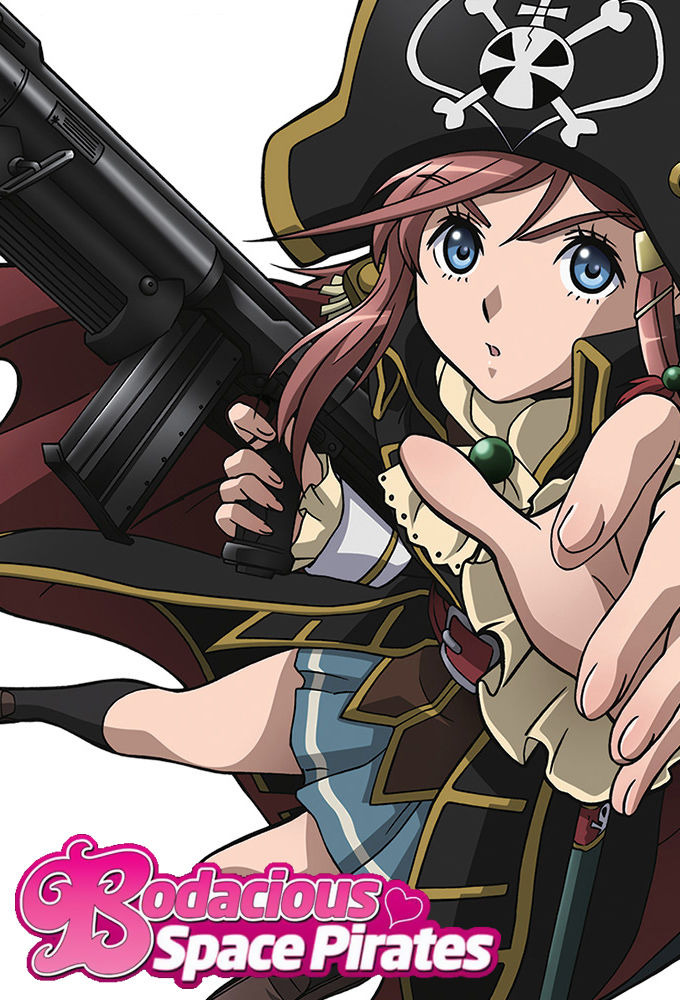 Marika Katou is a freshman in high school who lives on the planet "Umi no Akehoshi" somewhere in space. One day, she is told that her father, who she thought was dead, was actually alive until just a while ago, and was the captain of the space pirate ship Bentenmaru. And she also finds out that they need her, his heir, to be captain so that they can keep flying! Marika begins a new life as a high school girl, and as captain of the pirate ship Bentenmaru!

26
There Go the Pirates
25
The Pirate's Council Begins
24
The Wounded Benten
23
Head for the Pirate's Nest!
22
Pirate Hunting
21
Final Battle at the Nebula Cup
20
The Captain Rides the Waves
19
The Bonds Among the Four
18
We'll Have Juice at the After Party
17
A Surprising Client
16
The Hakuoh Pirates' First Job
15
Smuggling, Leaving Port, and a Leap
14
Marika Goes Recruiting
13
Marika Sends an Invitation
12
A Return from Eternity
11
Wanderer of Light
10
Battle in the Storm
9
A Beautiful Launch
8
The Princess and the Pirate
7
The Peace Does Not Last
6
Marika's First Day at Work
5
Marika Makes a Decision
4
The Final Battle is at Midnight
3
The Odette II Leaves Port!
2
My Power, The Power of the Pirates
1
Pirates, Coming Through
Ads