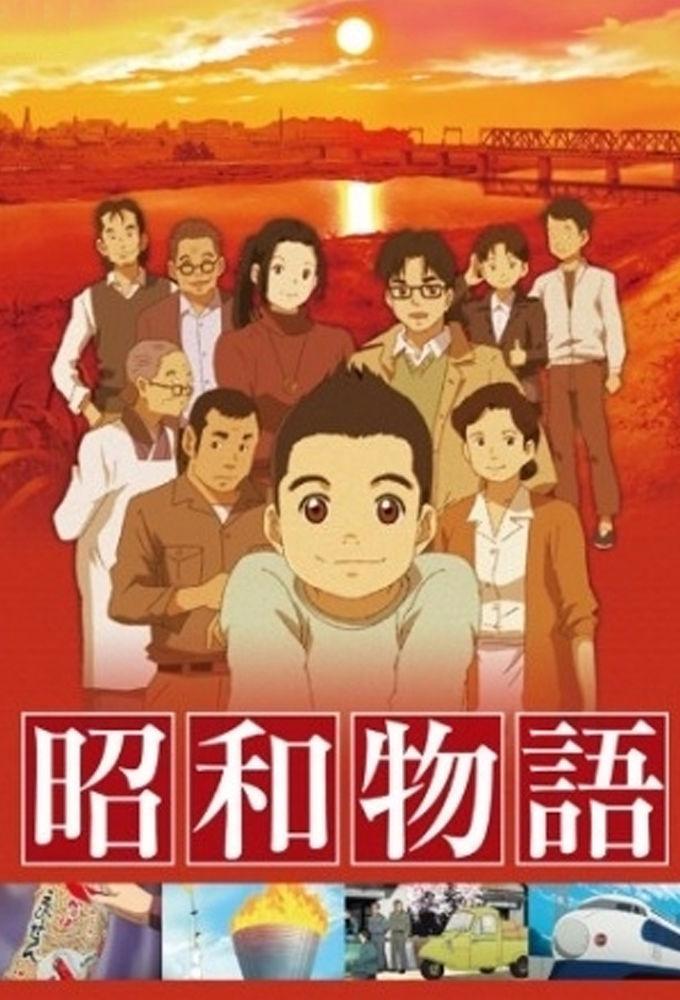 Showa Monogatari is a nostalgic slice-of-life show about a Japanese family in 1964, the year the Olympics came to Tokyo. The father Yuuzou owns a small machine shop where he and a co-worker create finely-tooled metal parts. Yuuzou has problems communicating with his three children -- an older son attending college, a teen-aged daughter discovering romance, and his younger son, Kouhei, a rowdy but good-hearted boy who narrates the show. While Kouhei's experiences form the basis for the story, a good deal of time is spent on his sister's problematic love life, and on the family's financial problems. Each episode includes an epilogue providing a brief "tour" of locations from the story, showing us how they looked in 1964 and how they look today. The OP provides another set of contrasts between 1964 and today using old and new photographs of places appearing in the anime along with the animated depiction of the 1964 images.