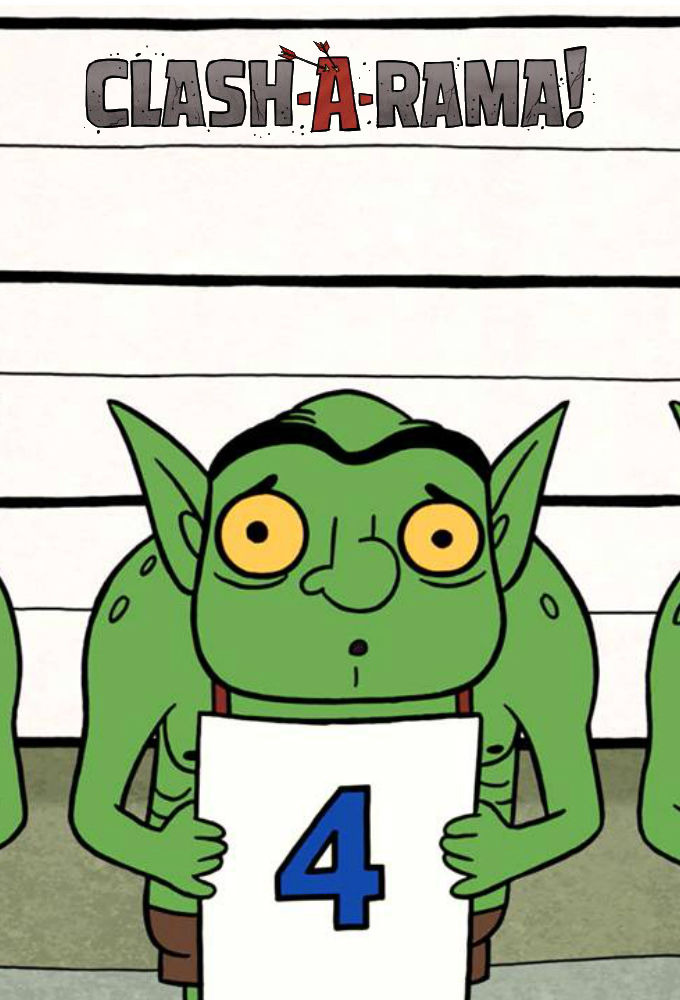 Clash-A-Rama! is an original comedy series based on your favorite Clash of Clans and Clash Royale characters. Ever wonder about that Giant who attacked a Wall instead of a Town Hall? Could someone in the Village steal a Loot Cart for themselves? Can a Wall Breaker fall in love with a Villager? Or would his bomb be jealous and try to break them up? Clash-A-Rama! takes viewers inside the Village and Arena to see what life is like between battles. From three writer/producers of The Simpsons and Rough Draft Studios, the animation house that brought you Futurama.

15
Archer Departure
14
I'll Be Home for Clashmas
13
Lost in Donation
12
Pork-tergeist
11
Donny & The Spell Factory
10
Clone Alone
9
Clash-A-Lot The Musical
8
Every Hog Has Its Day
7
Bringing Up Baby Dragon
6
Rocket's Red and Blue Glare
5
The Fourth Musketeer
4
The Clashmaker
3
Go Sparky Go!
2
Miner Problem
1
How the Other Half Clashes