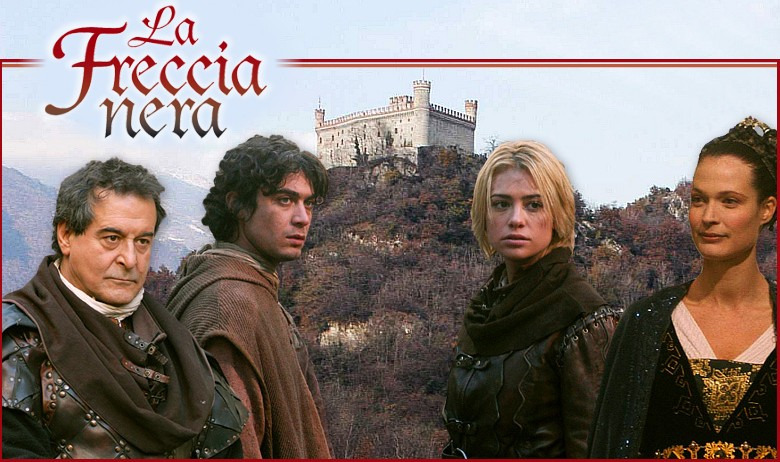 The inspiring principle of the adaptation of the novel by R. L. Stevenson "The Black Arrow" for Tv is to shift the conflict of the War of the Two Roses from England to Tirolo, at the border between Italy and Germany, where the conflict between the Pope and the Empire takes place in the same years. This is the transition period in which Middle Age - embodied in the tyrannical feudatory Raniero von Rottemburg - gives way to Modern times - represented by Cusano and his Court. The main theme of the novel is that one cannot fight against evil by doing evil. The protagonists of our series will come to understand that the aim does not justify the means and that justice has to replace revenge. The Black Arrow is a Bildungsroman about growth and love in wartime: at the end of the 15th century the nobles connected to the Asburgo's Court fight against those related to the Church and to its spiritual master Nicolo Cusano - Nikolaus von Kues - bishop of Bressanone.