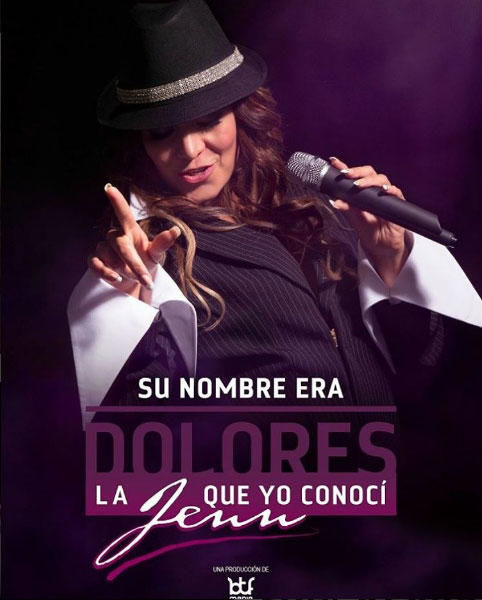 In a field dominated by men, a woman with an overwhelming personality breaks through based on her talent, tenacity and intelligence. Su Verdadero Nombre Era Dolores (Her Real Name was Dolores) is the story of the perfectly imperfect woman, a single mother of five children, the "butterfly" of the neighborhood, who one day returns as "The Diva of Banda," the unrelenting Jenni Rivera. She captivated millions of fans with powerful and relatable music, and with a headline-grabbing personal life that often played out in the tabloids. This biopic series reveals the true woman behind the music and the headlines as told by her former manager, a man she publicly referred to as her fifth brother, Pete Salgado. Shot on location in Los Angeles and Mexico, fans will get Pete's previously untold perspective on the woman he knew, consoled and managed to help her millions of fans understand the real woman behind the music.