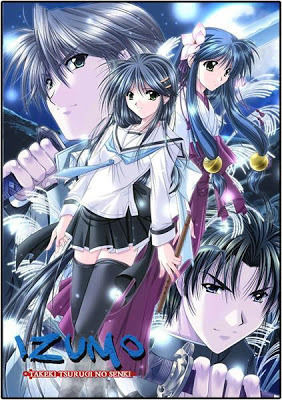 Based on the H-RPG by Studio ego! Yagi Takeru is a student who goes to the Izumo Academy. He lost his parents when he was little, but he got adopted by Touma Rokusuke, who is like a grandfather to him. Takeru spends his days by getting kendo training from his grandfather and being with his friends like his kendo rival Yamato Takeshi,his childhood friend Shiratori Kotono and her sister Asuka. Because Takeshi isn't chosen as the representative for the kendo tournament, he takes it out on Kotono, but starts to argue with Takeru instead when Takeru and the others arrives. While they are arguing, mysterious light and woman appears which suddenlly causes faze shifting and blinding blue light emitting from Takeshi hands then body while he also screams in pain. They later wake up all scattered through the school and the school is covered in vegetation and infested with insect monster.