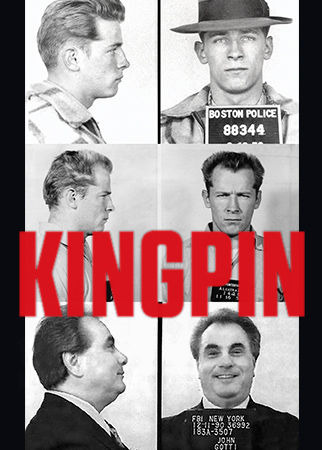 The journeys of some of the most well-known names in the world of crime, and a look at how they began as unknown thugs and transformed into globally notorious kings of crime.

There is one thing every crime syndicate has in common: a boss. A don. A Kingpin. Structure and hierarchy are the foundations of organized crime. But no regime lasts forever. And behind every Kingpin, there is a legion of ruthless lieutenants, soldiers and rivals dying to take his place. In each episode of Kingpin, the producers of the Seven-Five plunge viewers into the heart of a different organized crime group just as a brutal war of succession is about to break out. The series kicks off with four two-hour events, each revealing the meteoric rise of one of the most famous Kingpins in crime history. In gripping, bloody detail, we'll watch as each begins as an unknown, low-level thug, only to transform themselves into a world-famous king of crime.