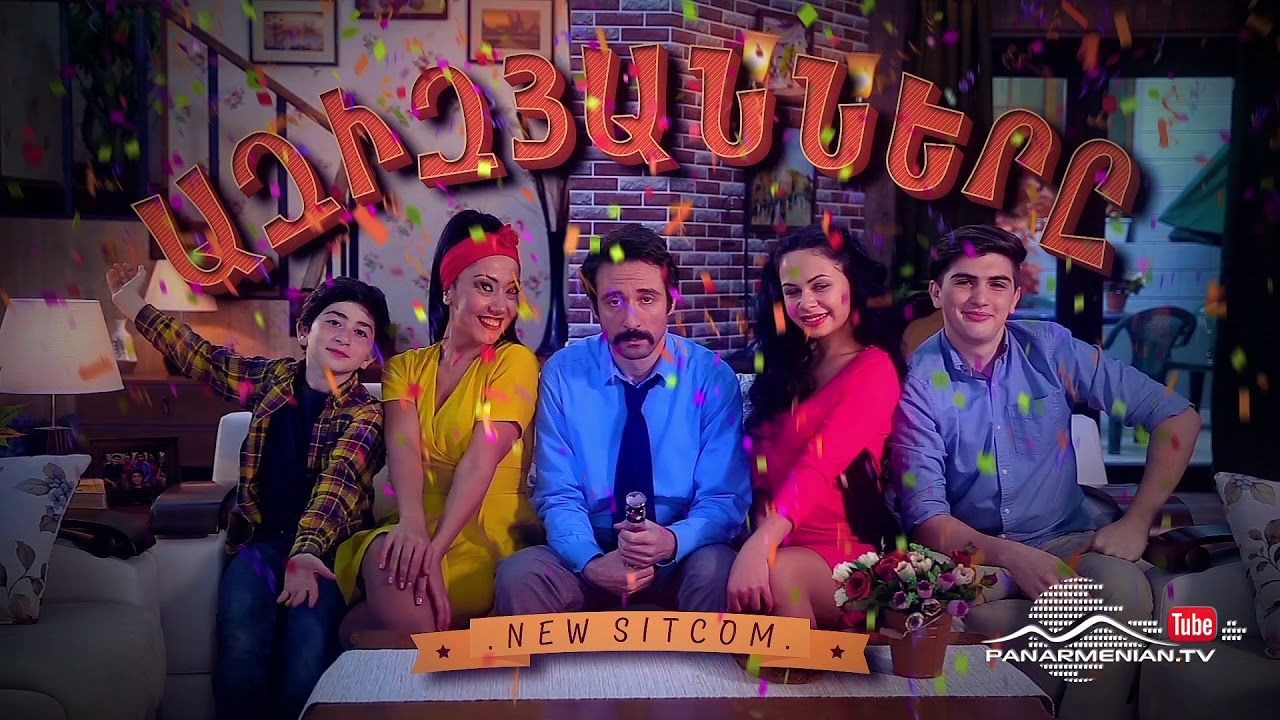 The Azizyans sitcom is starred by Hayk Marutyan. He embodies the character of Garnik Azizyan – a clothes store seller, who is the only one working in the family. Mrs. Azizyan is lazy enough to perform the duties of a housewife. The problems of the father of the family don't bother his 3 children – his daughter, who is internet-addicted and is active in all social networks; his unemployed eldest son, who is a complete loser, and his youngest son, who is a schoolboy. The roles in this sitcom, created for family watching, are played by Ani Lupe, Satenik Hazaryan, Ishkhan Gharibyan, Suren Arustamyan and other popular actors. The project is directed by Arman Marutyan.