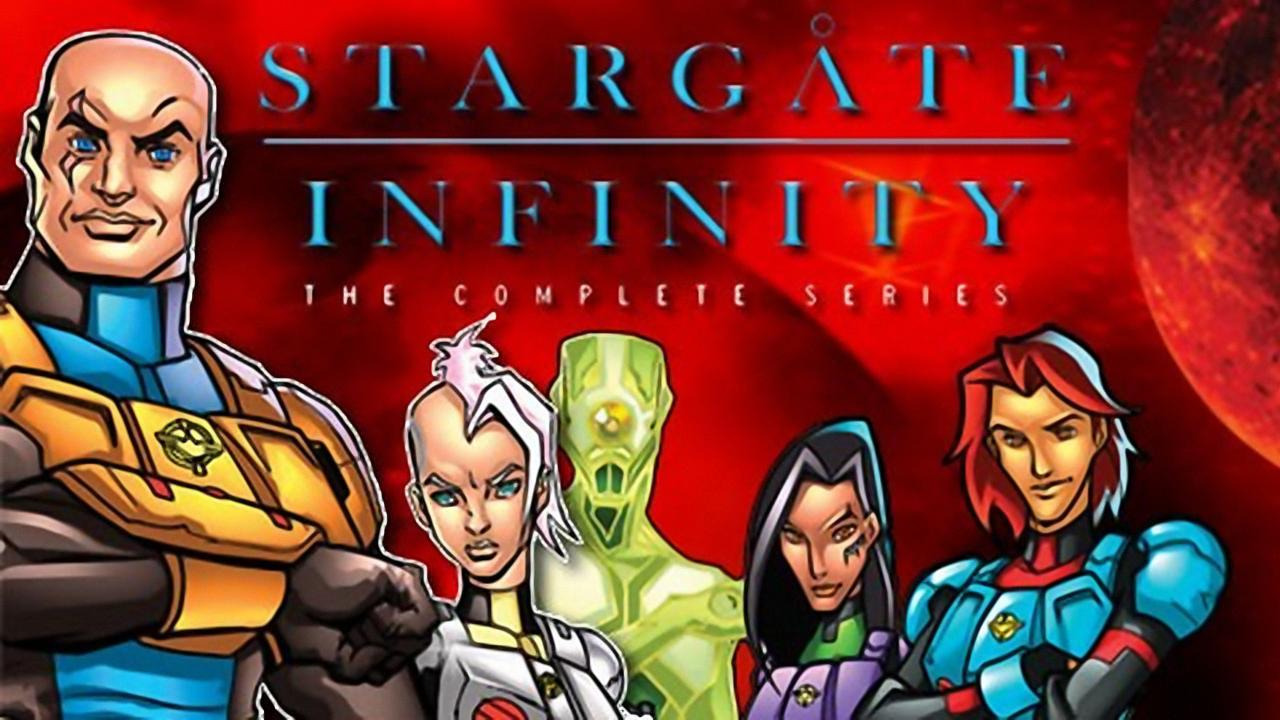 Inspired by the blockbuster feature film and its two popular television spinoffs: Stargate: SG-1 and Stargate: Atlantis, Stargate: Infinity further explores the universe through the eyes of those few who are brave enough to venture through the mysterious Stargate.

This animated series chronicles a generation after the SGC first stepped through the alien device known as the Stargate. The war with the evil parasitic Goa uld is won. The once top-secret Stargate Command and its work have been declassified, and beings from other worlds are living among us.

But now there s a new threat and Major Gus Bonner must lead a group of young SGC cadets through the Stargate to protect the life of an Ancient from hostile new enemies.