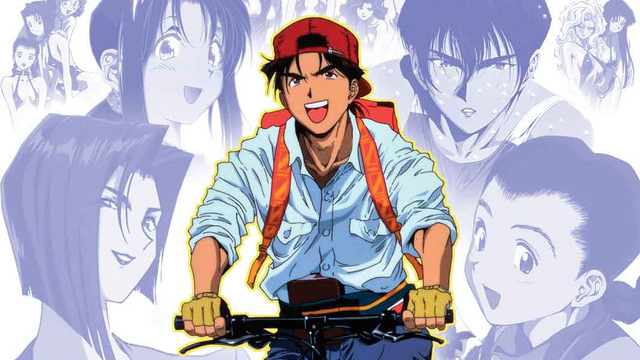 Golden Boy is the story of twenty five year old Kintaro Oe, a genius who dropped out of school from sheer boredom. Realizing he wasn't learning anything new, he elected instead to travel Japan on his bicycle. Typically, he spots a beautiful woman and then inveigles himself into a job where he can be around her. She thinks he's worthless scum, but eventually changes her opinion just as he departs for a new adventure elsewhere. Often he leaves the places he visits better than he found them.