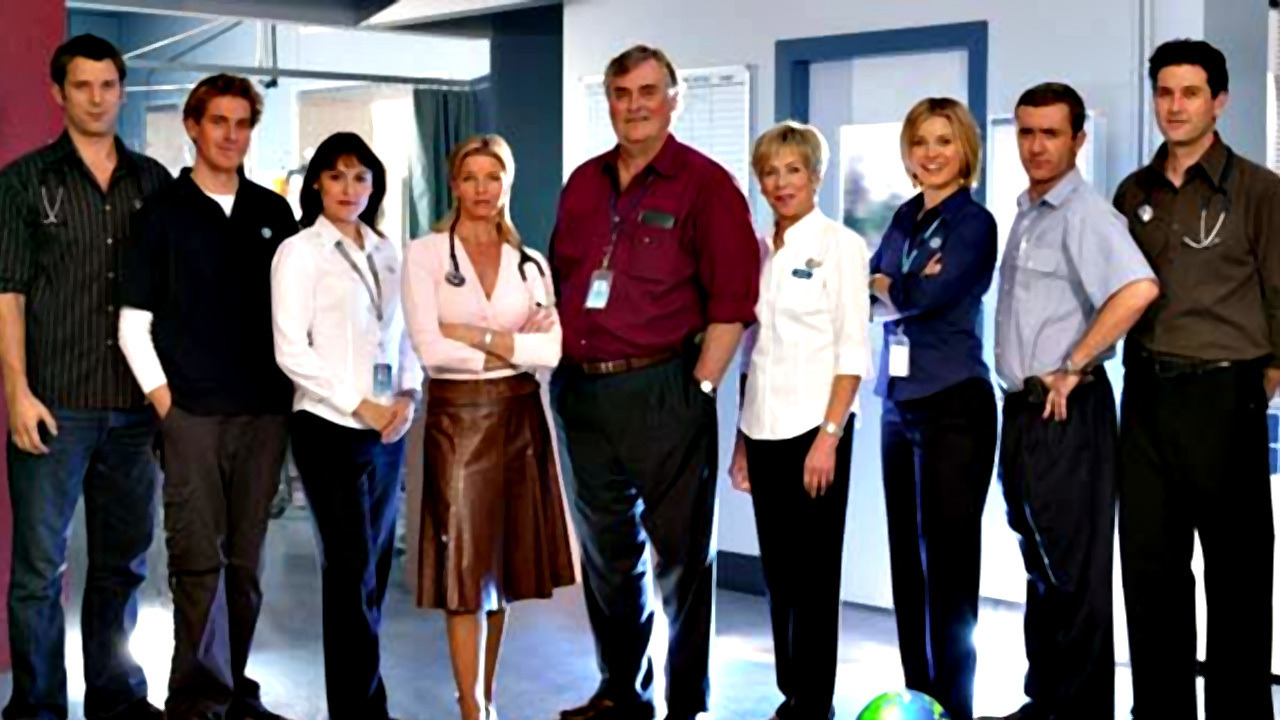 All Saints is an Australian television medical drama that first screened on the Seven Network on 24 February 1998. Set in the fictional All Saints Western General Hospital, it focused on the staff of Ward 17 until its closure in 2004, which is when the focus changed and began following the staff of the Emergency Department. It was produced by John Holmes alongside Jo Porter, MaryAnne Carroll and Di Drew. The final episode aired on 27 October 2009, completing its recording-breaking 12-year run.

43
Ghosts of Christmas Past
42
Life Class
41
Blood and Water
40
Everyone Loves a Winner
39
Outside the Square
38
The Stuff of Dreams
37
Lost and Found
36
The Ties That Bind
35
When Duty Calls
34
Knowing Me, Knowing You
33
True Love and the Blues
32
Memories by Moonlight
31
Time Bombs
30
Three's a Crowd
29
Just Like a Woman
28
A Whole Lot to Loose
27
Lesser of Two Evils
26
Behind Closed Curtains
25
End Game
24
Second Chance
23
In with the New
22
Shoot the Messenger
21
Forget-Me-Knots
20
Disaster Plan
19
The Human Touch
18
Desperate Remedies
17
Head to Head
16
An Irish Lullaby
15
Get a Life
14
My Mother, Myself
13
Roll the Dice
12
Judgement Day
11
Friends and Lovers
10
Pushed to the Limit
9
More Things in Heaven and Earth
8
Bloodlines
7
Dependence Day
6
Getting to Know You
5
If These Walls Could Talk
4
The Longest Day
3
Aftershocks
2
Truth and Consequences (2)
1
Truth and Consequences (1)