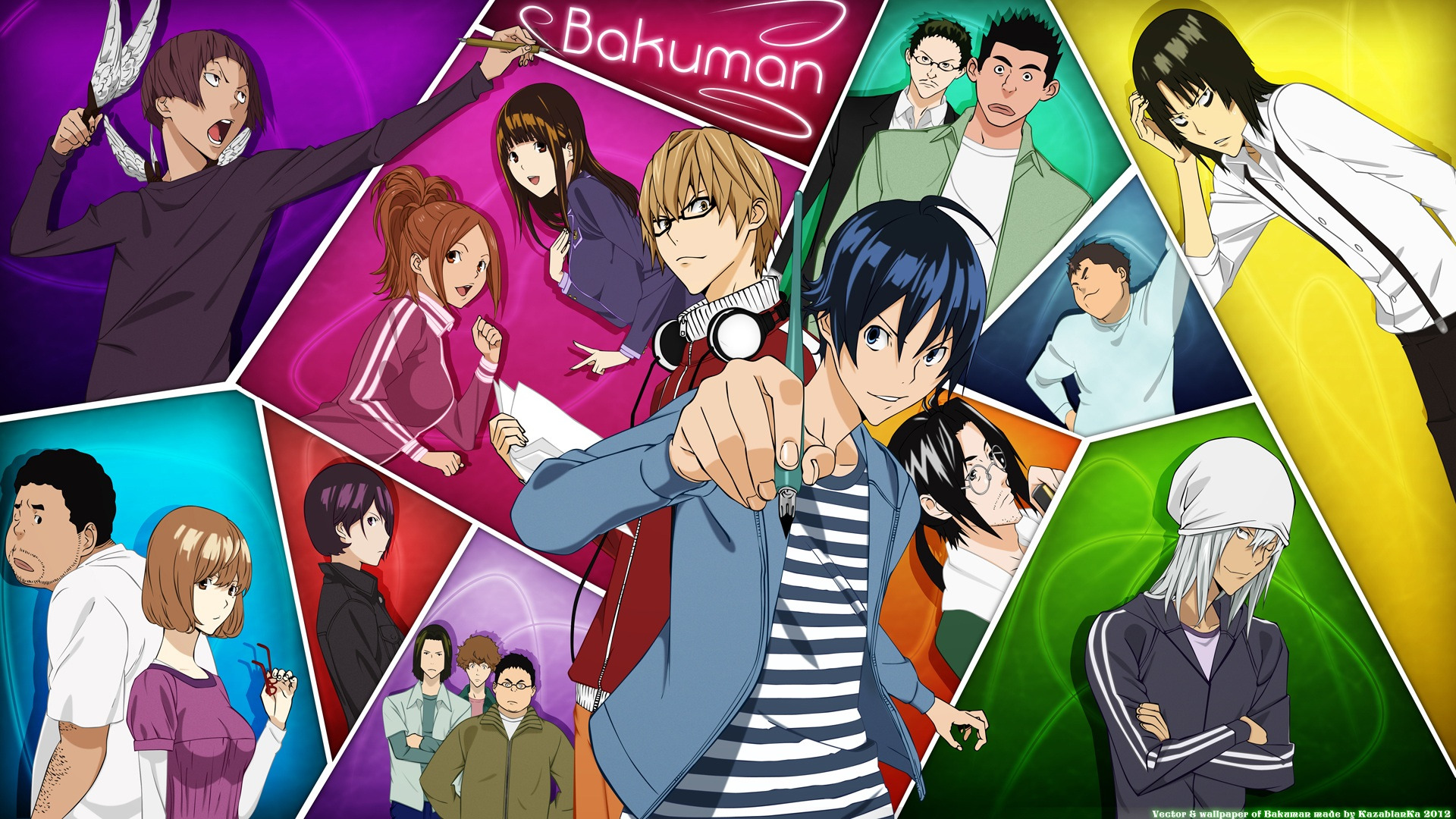 Bakuman follows the story of high school student Mashiro Moritaka a talented artist who does not know what he wants to do with his future. One day he draws a picture of Azuki Miho, a girl he is secretly fond of, during class and forgets the notebook at school. He comes back to find that his classmate Tagaki Akito is waiting for him with his notebook. Takagi tries to convince Mashiro to become a mangaka, a manga artist, with him, only leading to Mashiro's disagreement. Mashiro goes home and thinks about his mangaka uncle, who had only one successful series before he died in obscurity. Mashiro is interrupted by a phone call from Takagi, who says that he is going to tell Azuki that Mashiro likes her. Mashiro runs down to Azuki's house to find Takagi waiting for him. Once Azuki comes out to meet them, Takagi tells her that he and Mashiro are aiming to be mangaka. Mashiro then learns that she wants to be a seiyuu, a voice actor, and has shown promise in the field. Mashiro, once again thinking about his uncle, accidentally proposes to Azuki who accepts. However, she will only marry him after they achieve their dreams.