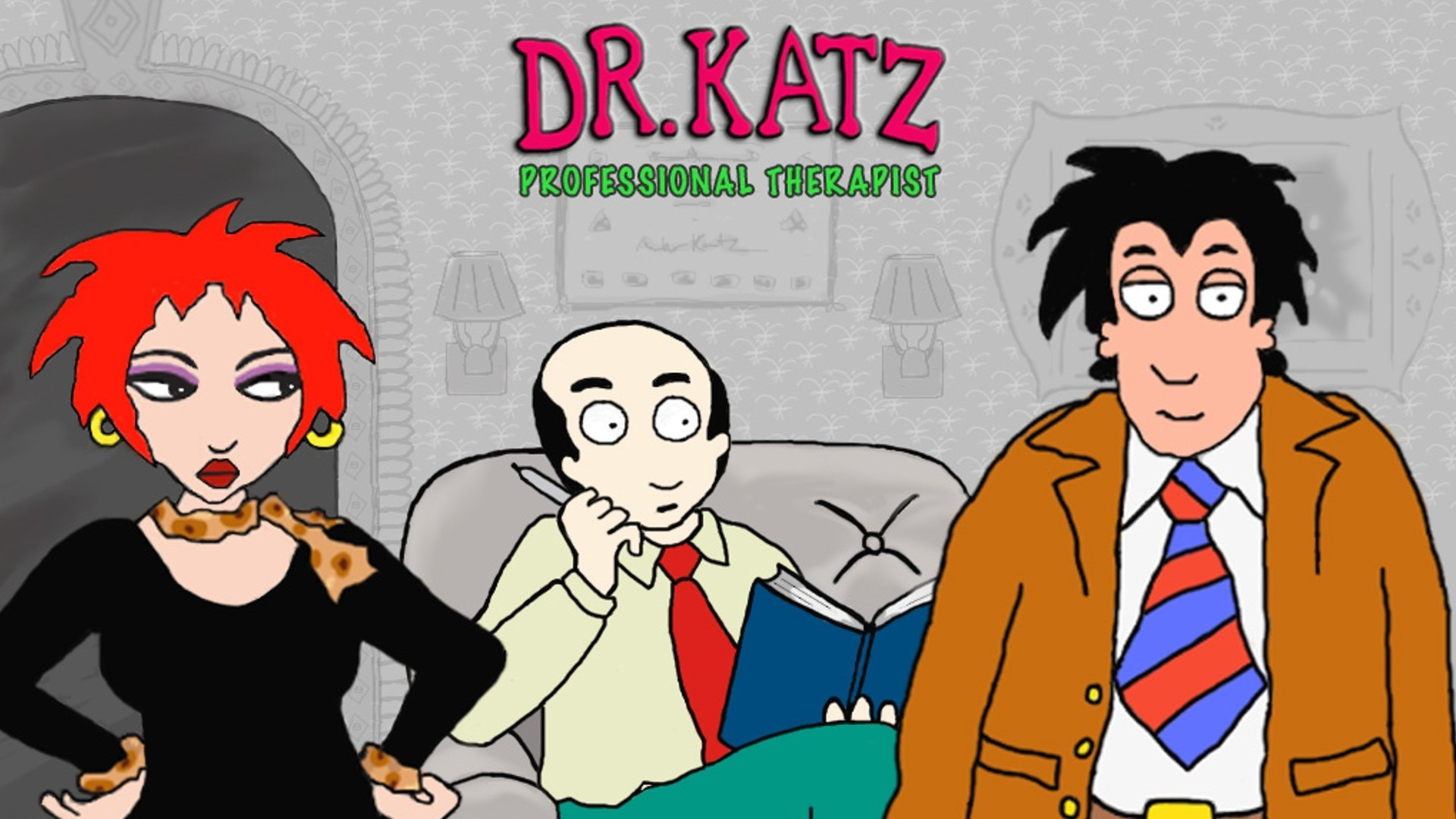 Dr. Katz is a divorced psychologist who lives with his son, Ben. While trying to help his patients (famous and not famous) with their traumas, paranoias, conflicts and problems, Dr. Katz also handles his own problems. His son Ben is all grown up but still don't know what to do with his life. His hobby is to waste Laura's (Dr. Katz's sarcastic receptionist) time with cheesy pick up lines and useless ideas and inventions. Dr. Katz also has a Cheers like bar called Jacky's 33 where he usually hangs out on his spare time, mostly chatting with his friends Julie and Stan. Julie is the bartender, who is studying to become a physical therapist and for whom Dr. Katz has a crush on. Dr. Katz, Professional Therapist was a cartoon based on Jonathan Katz's personal life. Originally running on Comedy Central, the show aired for 5 and a half seasons, and helped put Comedy Central on the map.