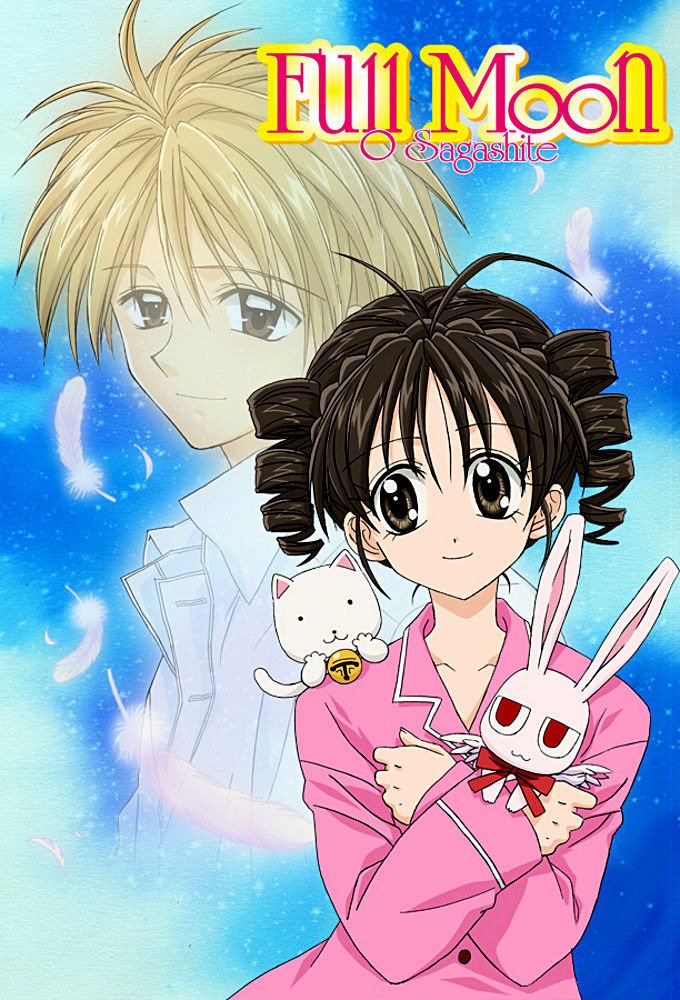 12-year-old Mitsuki Kouyama's dream to become a professional singer is shattered when she's diagnosed with throat cancer. If a tumor isn't horrific enough, how about being met by two angels of death shortly after? Meroko Yui and Takuto Kira, of the shinigami duo "Negi Ramen", inform Mitsuki that she has just one year left to live. Instead of getting discouraged, however, Mitsuki decides to make the most of her last year, and pursues her singing dream with a passion. Aided by Meroko and Takuto, Mitsuki finds success and failure, love and loss, and deals with her fate and other difficult subjects the best she can. Full Moon wo Sagashite is the story of a little girl who refuses to let something as insignificant as fate slow her down.

52
Searching for a Full Moon
51
Day of Destiny
50
I Just Can't Tell Him
49
Mitsuki's Feelings - Meroko's Feelings
48
She Can't Turn Into Full Moon!?
47
Desire to Live
46
On the Night of the New Moon
45
Izumi's Enticing Offer
44
Tender Hearts
43
I'll Never Sing Again...
42
Eternal Snow
41
To The Town Where Eichi Is
40
The Stolen Pendant
39
Crossing the Pacific
38
Grandma's Past
37
A Present from Full Moon
36
Fated New Artist of the Year Award
35
Mail from Eichi-kun!?
34
The Old Man on the Swing
33
Advancing Illness
32
An Honest Madoka
31
The Autumn School Festival
Cute, Cute Big Adventure
special
30
Someone Who Knows About Eichi
29
The New Shinigami: Izumi & Jonathan
28
Is Mitsuki an Expert on Love?
27
I Won't Lose
26
My Message
25
Please Dr. Wakaoji?
24
My Father's Song
23
Moving Panic
22
A Solo Performance - Live!
21
A New Inspiration
20
Meroko, All Alone
19
A Singer's Voice That Can't Be Heard
18
Run to the Audition
17
Takuto and Mitsuki's Disagreement
16
The Rival Appears!
15
Her First Kiss!?
14
Do Your Best, Substitute Manager
13
A Mini Concert
12
Green Onion Ramen and the Saint's Stone
11
The Dangerous Lens
10
The Rules of Show Business
9
I Want You to Hear It!
8
Is It Really a Hit?
7
Full Moon Debuts!
6
A Long Day in the Studio
5
Her First Assignment
4
Thoughts on a Song
3
Along Came the Manager
2
My Promise to Eichi
1
I Want to Sing!
1
Ads