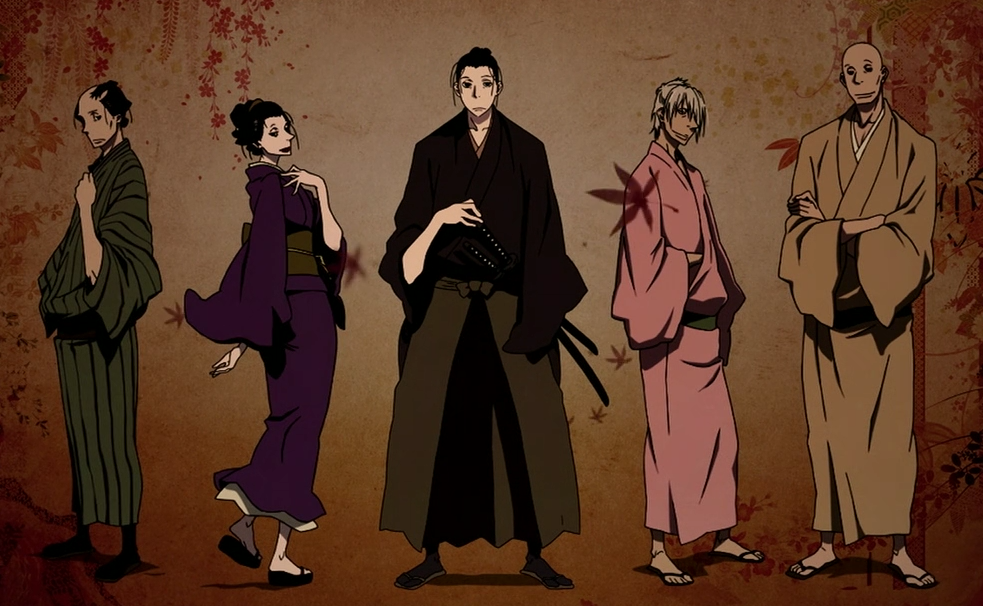 Adaptation of Ono Natsume's House of Five Leaves (Sarai-ya Goyou) manga. Akitsu Masanosuke is a timid ronin on his way to Edo from the countryside when he accidentally encounters a playboy named Yaichi, who asks him to be his bodyguard. But it turns out that Yaichi is actually the leader of a group of bandits called the "Five Leaves," and he's hoping that Masanosuke will join them. Masanosuke is reluctant to help them, but as grows closer to his eccentric new companions, he learns to relate to them and grow as a person in the process.