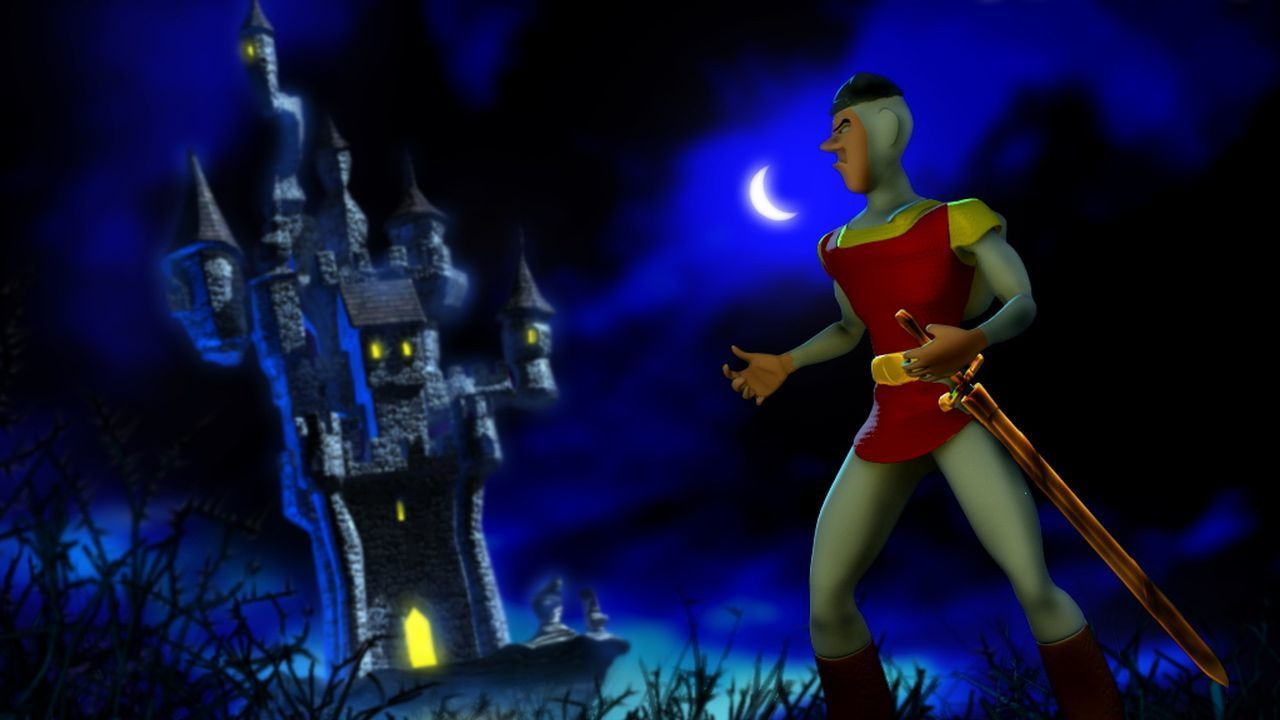 The series chronicles the adventures of Dirk the Daring, who is best knight in King Ethelred's kingdom. Dirk performs all sorts of great deeds while protecting the kingdom and his love, Princess Daphne. The show was generally run of the mill, but boasted an unusual feature: to keep the show in the spirit of the game, before each commercial break a narrator would ask what the viewer would do to solve the problem facing Dirk the Daring. After the commercial break, the outcomes of the various choices were shown before Dirk acts on the correct idea (with the occasional exception) to save the day. In contrast to the original game, the previously nameless Dragon was known given the name Singe, and Princess Daphne now wore a long pink dress.

13
The Mist of Wishes
12
The Legend of the Giant's Name
11
The Tale of Dirk's New Sword
10
The Snow Witch
9
Mirror, Mirror
8
The Girl from Crow's Wood
7
Song of the Wind Chimes
6
The Story of Old Alf
5
The Pool of Youth
4
The Smithee's Haunted Armor
3
The Tournament of the Phantom Knight
2
Sir Timothy's Quest
1
Tale of the Enchanted Gift
Ads