How to Be Indie 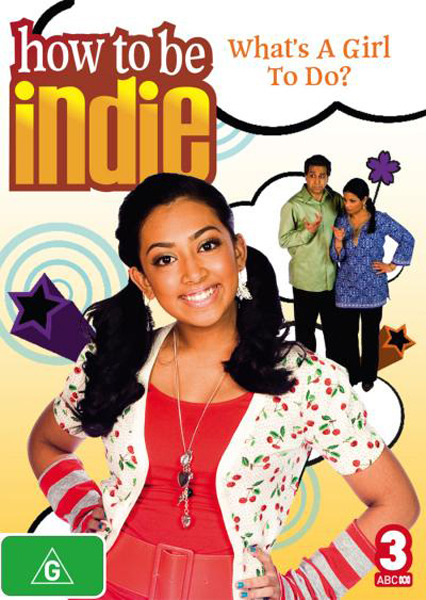 The program follows Indie's journey as she tries to get the most out of life despite the travails of junior high school and her "strict" Indian parents. She is joined by her two best friends Marlon Parks and Abigail "Abi" Flores. She often falls into the trap of caring more about what her peers think of her than who she wants to be herself, and consequently spends a lot of time trying to impress her classmates. When not focussing on Indie, the show focusses on Marlon and Abi. A given episode will usually show Marlon's quirky antics getting him into a troublesome situation. Abi will have to help extricate him, which she willingly does, feeling pity on him. Sometimes, however, they swap roles as Marlon tries to play it cool.

26
How to Get Smooched
25
How to Have a Movie Magic Vacation
24
How to Clean Up at Stand Up
23
How to Fake Your Way Through a Freaky Formal
22
How to Bend the Rules
21
How to Update Your Status
20
How to Be a Leader
19
How to Get Out of Big, Big Trouble
18
How to Be Better Than Chandra
17
How to Get Plugged In
16
How to Make a Christmas Miracle
15
How to Break a Record
14
How to Be the Hero
13
How to Tame the Beast
12
How to Make the Perfect Moment
11
How to Fix a Friendship Fail
10
How to Fool a Fooling Fooler
9
How to Double Your Fun
8
How to Live in Stereo
7
How to Show Your Spirit
6
How to Save the Day
5
How to Make Your Studies Social
4
How to Make Most of the Most Likely List
3
How to Beat the Lie and Win the Guy
2
How to Be Thankful
1
How to Put Your Best Foot Forward