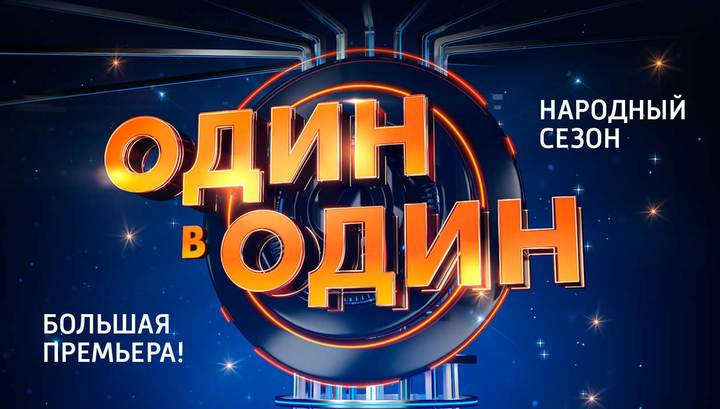 Один в один! (One and the Same) is an Russian talent show based on the Spanish series Your Face Sounds Familiar. The show began airing on 3 March 2013 on Channel One Russia and its first season ended on 26 May 2013.

The second season had been airing from 2 March 2014 to 15 June 2014 on Rossiya-1 Channel. The third season has aired since 8 February 2015. The show involves celebrities (actors, television personalities, comedians) portraying various iconic singers each week. The show challenges celebrities to perform as different iconic music artists every week, which are chosen by the show's "Randomiser". They are then judged by a panel of celebrity judges. Each celebrity becomes transformed into a different singer each week, and performs an iconic song and dance routine well known by that particular singer. The 'randomiser' can choose any older or younger artist available in the machine, or even a singer of the opposite sex, or a deceased singer.

The contestants receive points from the judges based on their singing and dance routines, as well as voted from the other competitors. Every judge scales the competitors from 2 to 12 (excluding 11, so called Eurovision System), with each competitor in a different position of the scale. The competitor every judge considers as the best of the week will be in the position with 12 points, while the worst will be in the position with 2 points. Then, the contestants count with 5 points to give to their fellow competitor. The total score of each contestant is then counted by summing the points from judges and the others competitors' votes.