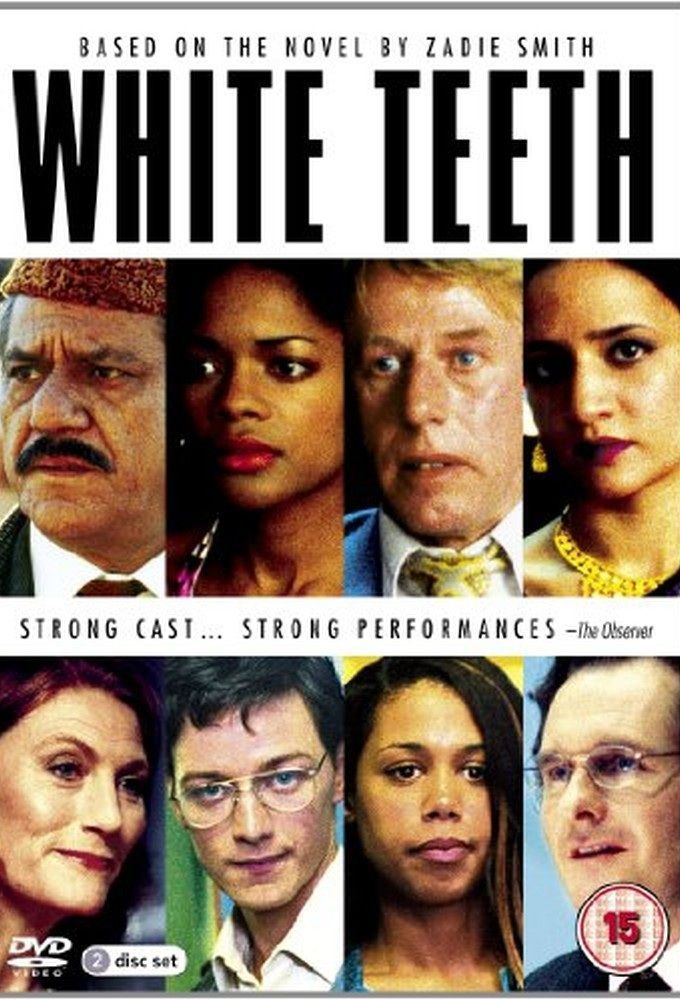 Based on the best-selling and multi-award-winning novel by Zadie Smith, White Teeth is superbly adapted to the screen in this outstanding drama which features a compulsively watchable cast including Robert Bathurst, Phil Davis, Geraldine James, James McAvoy, Om Puri and more. Set in far from glamorous Willesden Green, London from the 1970s to the 1990s, White Teeth finds Archie Jones, interracially married to the post-Jehovah s Witness Clara, meeting up with an old colleague, Samad Iqbal who, with his family, has just arrived in England. The secrets they share from the past, and the secrets they will share in the future, are tossed and tumbled in a rich stew that bubbles with racial and sexual tension, new-found freedoms, old school politics, genetic science, animal liberation and the end of the world as we know it. It all adds up to a feast to be relished from start to finish.