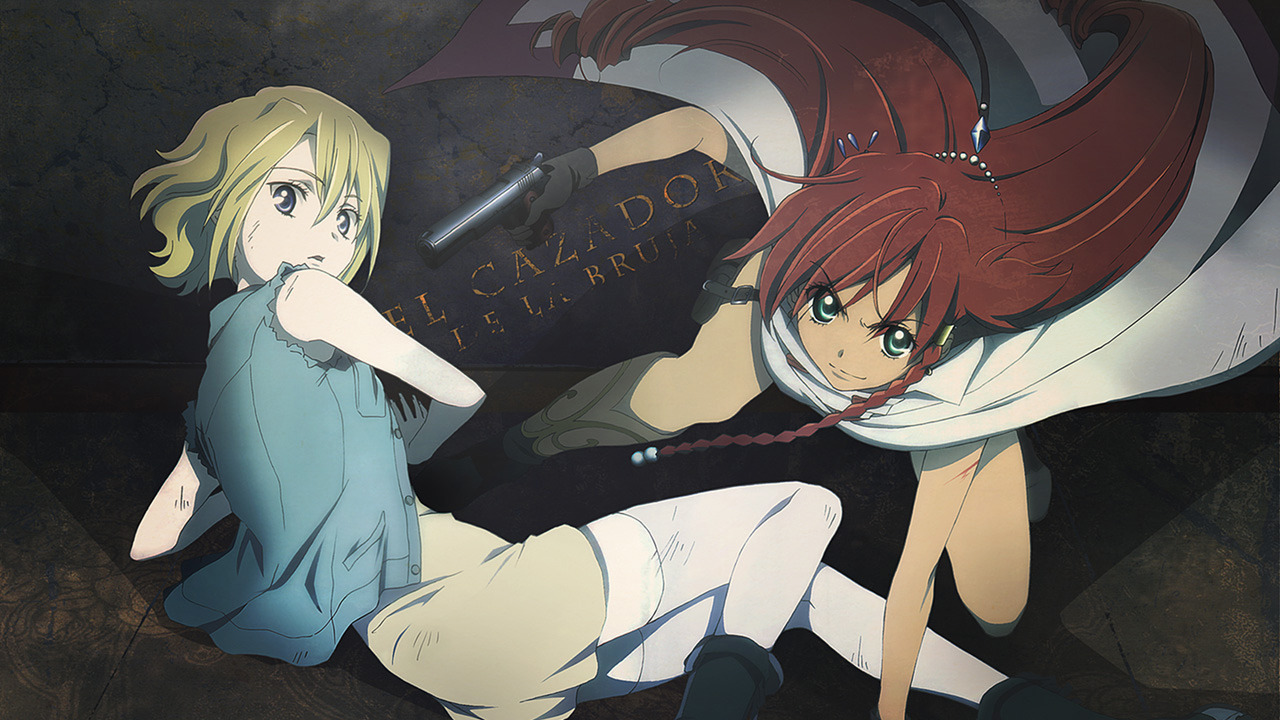 Third installment in Bee Train's "girls with guns" trilogy El Cazador de la Bruja (Spanish for "The Witch's Hunter") is the story of a girl named Ellis, who finds herself on the run from the so called Hunters of the underground society due to being a suspect of a murder. She meets up with a bounty hunter named Nadie who offers her help and guidance to pursue the truth of her past. But now she's also being targeted by the Hunters and so their quest for the truth begins.