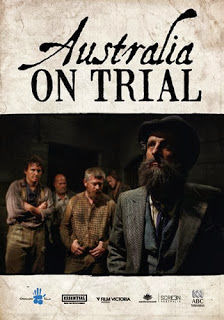 Presented by historian Michael Cathcart, Australia on Trial is a thought‐provoking three‐part series recreating the historic trials that throw light on the Australia of colonial times. These high‐profile and controversial court cases raised major issues of national identity at a time when Australia was evolving from the dominion of the British Empire into a more autonomous federated nation in the late 19th century. But they also raised universal themes and concerns that still resonate in modern‐day Australia.