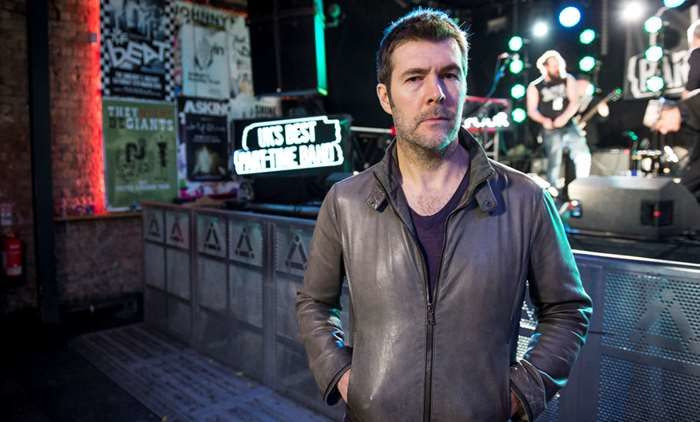 In this new prime-time BBC Four series from Wall To Wall (a Warner Bros. Television Production UK Ltd Company), comedian Rhod Gilbert is confirmed to host the programme in which he embarks on a road trip across the country, on a mission to find the UK's Best Part-Time Band.

To help Rhod on his sonic journey, he has recruited Ultravox front man, Midge Ure, who heads home to Glasgow before taking in a tour of Northern Ireland and Wales. Championing the north of England is former New Order and Joy Division bassist Peter Hook, and in the south of the country, Rhod is accompanied by legendary Soul II Soul producer Jazzie B. Along the way, they discuss the joy of service stations, rock ‘n' roll tour antics, riders, band dynamics, musical influences and some of the untold stories behind these music legends' greatest hits.

At the end of each road trip, five acts are selected for a regional battle of the bands, where they compete for a place in the Grand Final, to be broadcast on BBC Two, with one act finally being crowned ‘The UK's Best Part-Time Band', and the chance to perform at a BBC Music event in 2016.