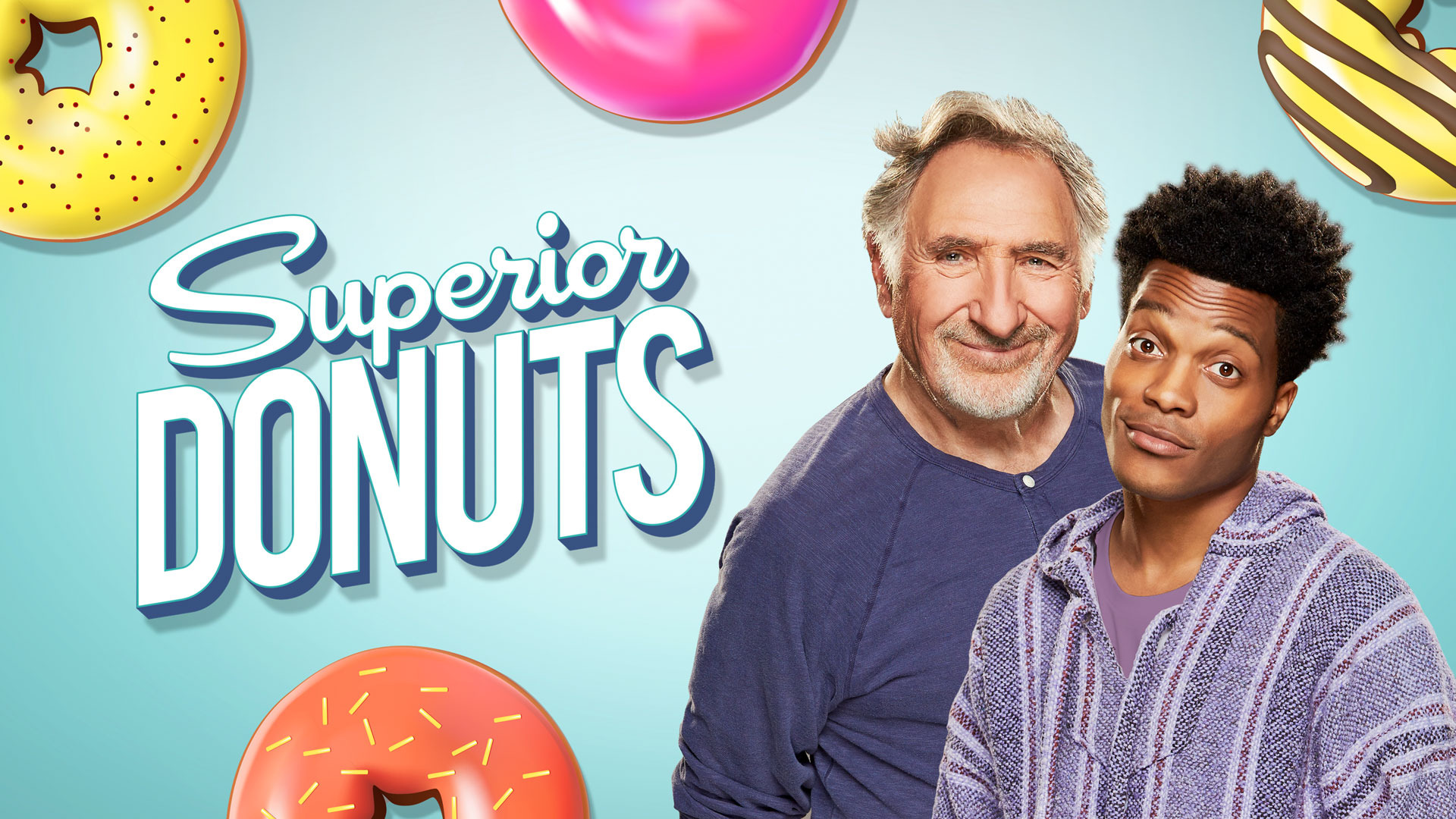 Superior Donuts is a comedy about the owner of a small donut shop that's located in a quickly gentrifying Chicago neighborhood. Arthur is a gruff, to the point Chicagoan who refuses to sell newfangled cronuts and macchiatos or renovate his dated shop that hasn't changed since it opened in 1969. That all changes when enterprising go-getter Franco fast talks his way into Arthur's life as his new (and only) employee, and convinces him that he can bring the shop – and Arthur – into the 21st century. Arthur's supportive regulars include loyal patron Randy, a cop whose late father was Arthur's best friend; her overeager rookie partner, James; Tush, a colorful customer who uses the shop counter as a makeshift office, where he keeps tabs on a variety of odd jobs via fax machine; Maya, a privileged grad-school student working on her Ph. D; and Sweatpants, Franco's longtime friend who's willing to dress as a donut to help drum up more business. Looking to cash in on the urban renewal is Arthur's over-caffeinated neighbor, aspiring real estate capitalist Fawz, who pushes Arthur on a daily basis to sell the building to him. With his business in jeopardy, Arthur grudgingly realizes that he had better embrace the change around him and that Franco could be exactly what he – and the donut shop – need to thrive.

21
Donut Day Afternoon
1
20
Broken Art
1
19
The ICEMen Cometh
18
Pedal to the Meddle
17
Balls and Streaks
16
Friends Without Benefits
15
The Chicago Way
14
High Class Problems
13
Father, Son and Holy Goats
12
Always Bet on Black
1
11
Grades of Wrath
10
Labor Pains
9
Sofia's Choice
8
Electile Dysfunction
7
Homeless for the Holidays
1
6
Error of Admission
1
5
Flour Power
1
4
Thanks for Nothing
3
Brotégé
1
2
Is There a Problem, Officer?
1
What the Truck?
4