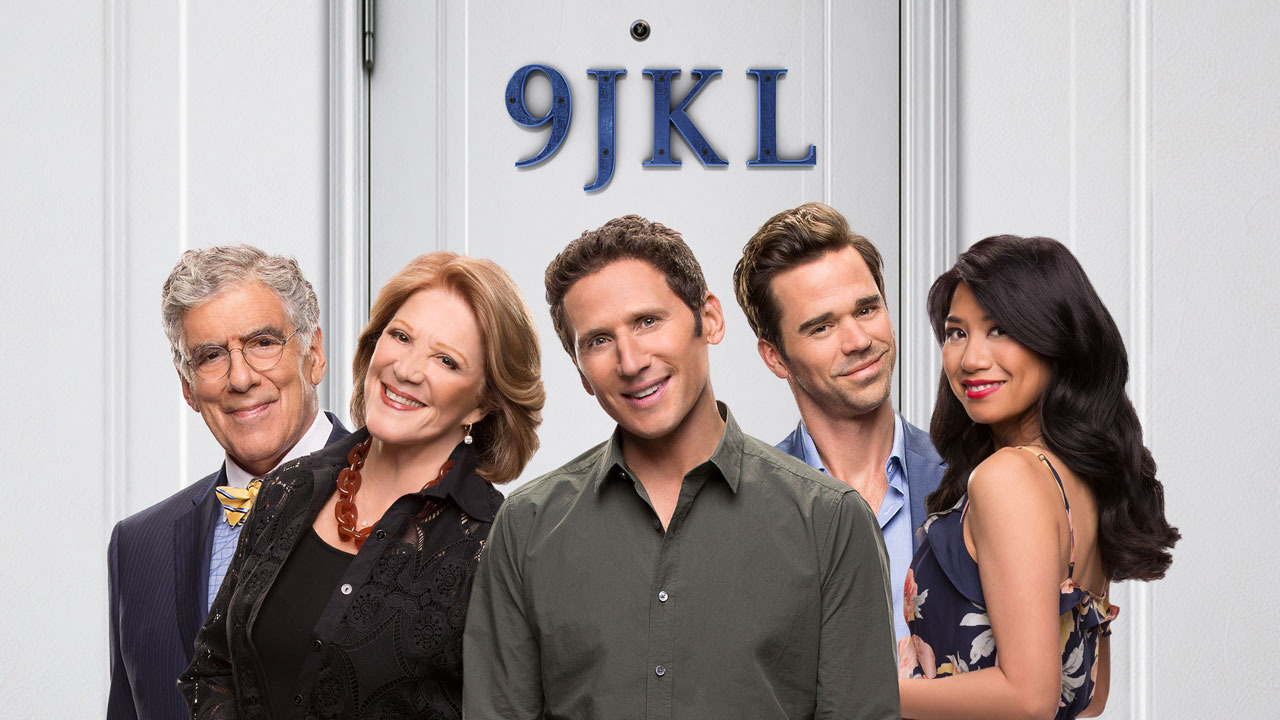 9JKL stars Mark Feuerstein in a family comedy inspired by his real life. Josh Roberts is a new divorcé and actor between projects who moves home to New York to regroup, living in an apartment sandwiched between his doting, meddlesome parents on one side and his brother, sister-in-law and their new baby on the other. Josh's well-intentioned mom, Judy, is so excited to have her beloved son home after his 12 years in Los Angeles that she bribes their doorman, Nick, to secretly call her every time Josh comes up the elevator so she can greet him in the hallway. Also thrilled is Josh's larger-than-life father, Harry, an attorney with no personal boundaries who's eager to help Josh land his next starring role using his Hollywood "connections." Teasing Josh about his return home are his competitive brother, Andrew, a successful surgeon who, unlike Josh, doesn't have a problem saying "no" to their interfering parents; Andrew's Harvard-educated pediatrician wife, Eve; and 12-year-old neighbor Ian from 5A, who hangs out in the lobby. As Josh's family literally comes at him from both sides, he realizes he desperately needs to establish some ground rules, because his loving family is always going to be right there for him. Always.