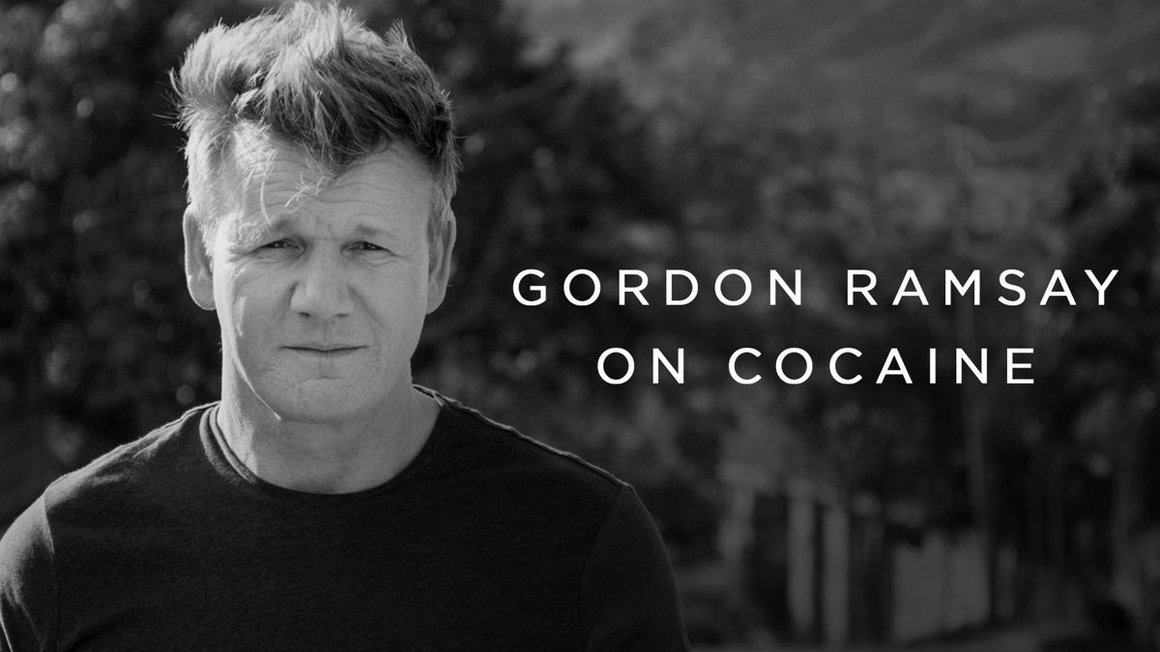 In Gordon Ramsay on Cocaine, Gordon travels to South and Central America where he witnesses the illegal "cooking" process by which the drug is made, meets hired assassins and a big time drug-smuggler, is witness to the immediate aftermath of a cocaine-related murder and experiences the harsh reality of the ‘war on drugs' by joining an elite Colombian anti-narcotics unit on a helicopter raid. Back in the UK, Gordon joins police to catch a dealer and coke-taking drug-drivers, witnesses the arrest of couriers on their way to a major deal carrying tens of thousands of pounds and handles 30 kilos of freshly confiscated cocaine at a police testing lab. He also reflects on the challenge of tackling the damage done by cocaine as he meets a UK dealer and a recovering addict.