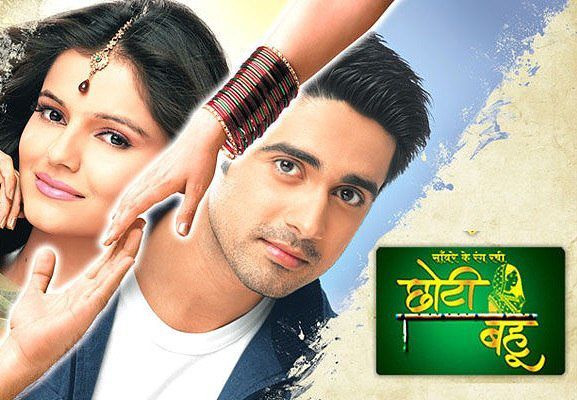 Choti Bahu is the love saga of two soul mates Dev and Radhika.

Radhika, a Brahmin by birth, was adopted and brought up by a family of weavers in a small town called Rawal. Dev, whose family has been in the service of Rajpurohits for generations, visits Rawal as a child on the occasion of Radhashtami. Dev and Radhika meet each other and become good friends. Radhika and Dev's families tie them in the bond of marriage in their tender age.

Maheshwari, the eldest bahu of the Purohits, hopes to inherit Dadaji's property. However, her plans hit a snag when Maheshwari realizes that Dadji has willed all his property is in the name of Choti Bahu. Undeterred, Maheshwari decides to find a docile girl for Rohan. Maheshwari plans to own the property by controlling and manipulating the Choti Bahu and to this end chooses Radhika for Rohan. Destiny brings Dev and Radhika together after 15 years, when he returns to Rawal after 15 years to find out about Radhika, Rohan's bride. Will Dev recognize Radhika? Will Radhika marry Dev or Rohan? Will Radhika become the Choti Bahu of Purohit House?