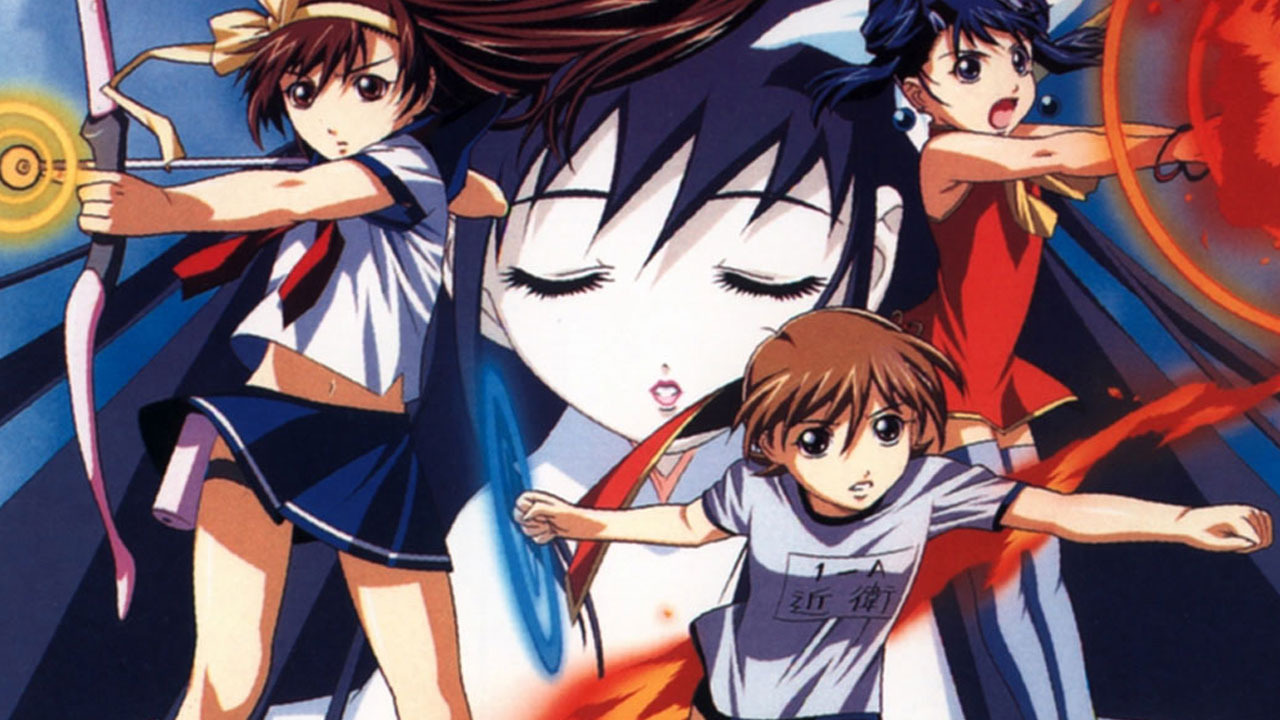 Set in an alternative 1969 Japan, a special group of teenagers has been gathered together under a secret government operation known as Aegis, to fight an enemy trying to take over the earth... called simply, "Invader". The Invader can turn ordinary citizens into zombies under their control, and only the Aegis agents, called the Gate Keepers, have the special ability to open the "Gate" separating the Invader's dimension and our own, and be able to eradicate them. The show opens with ordinary high school student Ukiya Shun witnessing an Invader attack, and quickly realizing that he is one of those with special power, is indoctrinated into Aegis. Each agent has a different ability and method of attack, everything from magic arrows to hallucinogenic piano music! Also crucial to story is young Ruriko, an experienced member of Aegis who has to work hard to prove her worth after the obviously po

24
For Tomorrow Smiles...
23
Exert All Your Courage to Fight!
22
Beat the Jet Black Robot!
21
Protect the Festival of Progress and Harmony!
20
Leap into the New Year!
19
Listen to the Opinion of the Youth
18
Protect the Invader!?
17
Flying Down Your Own Road
16
Sally Fourth, Gate Robot!
15
Ruin the Arranged Marriage
14
Bring Down, Two of the Powerful Brass Part 2
13
Bring Down, Two of the Powerful Brass Part 1
12
Fly to the Northern Land
11
Stop That Bullet Train!
10
Get Over the Devil's Dream
9
Break the Pitch Dark Gate
8
Find the Invader!
7
Shoot Down the Enemy Out of the Sky
6
Infiltrate the Girl's Dormitory of Terror!
5
Run Towards Your Dream!
4
Finding a New Warrior
3
Play the Dazzling Music
2
Stand Up For Peace
1
Begin the Defense of the Earth
Ads