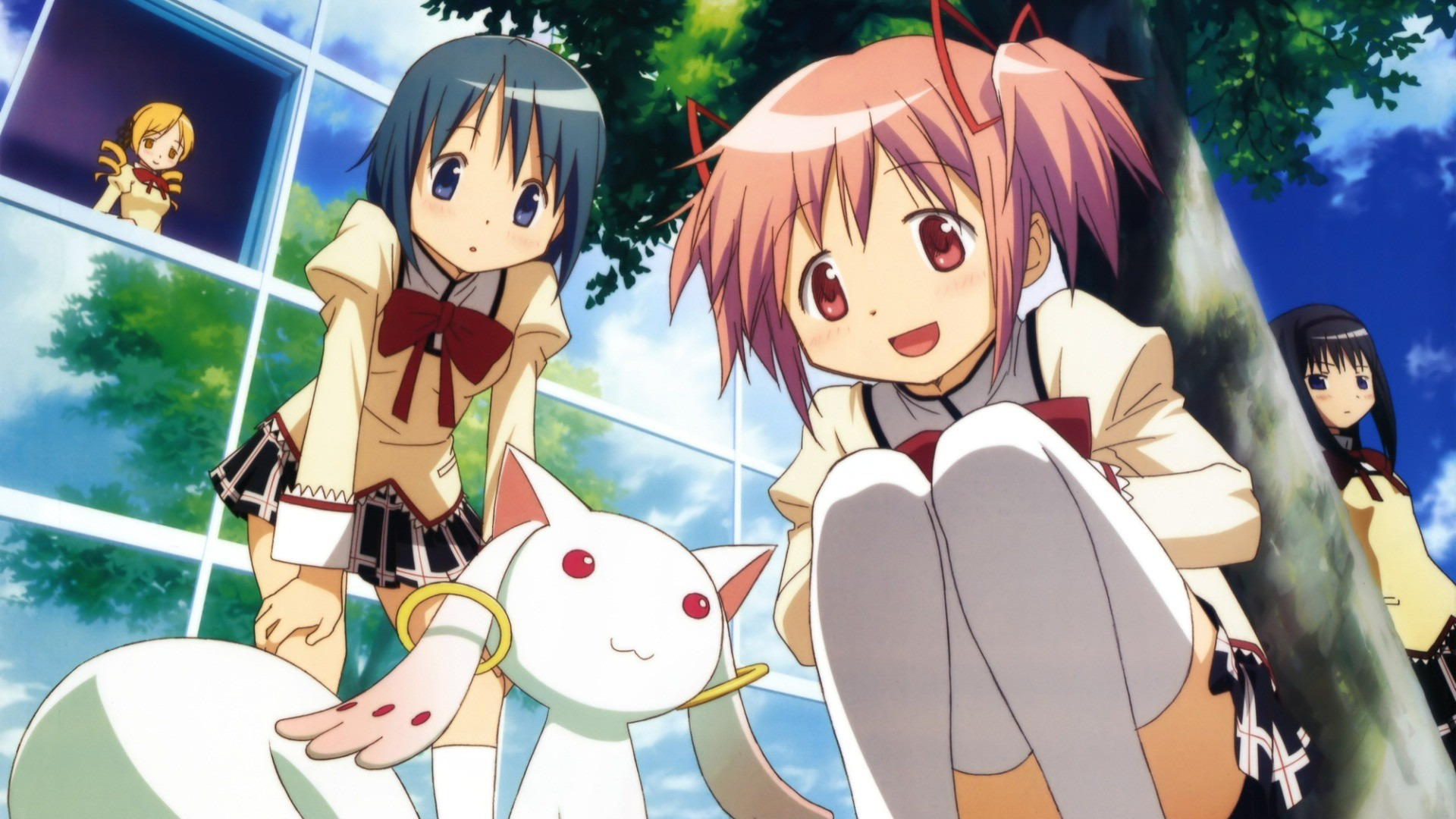 There exist familiars who have the power to grant one wish to a chosen girl. However, that girl must then become a Puella Magi, a girl with magical powers, and fight against witches, evil creatures born from curses that are responsible for murders and suicides. A schoolgirl named Madoka Kaname and her friend Sayaka Miki are approached by a familiar named Kyubey and Puella Magi named Mami Tomoe with offers of becoming magical girls. Another Peulla Magi named Homura Akemi tries to prevent Madoka from making such a deal.